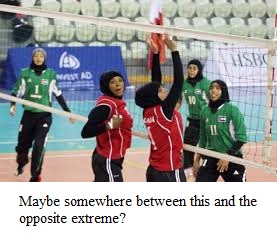 The coach pressured her to conform to the school uniform, but fortunately grandma (a former coach herself) was nearby and put the young coach in her place. My friend’s daughter now gets to cover her rear end, but I’m wondering why the half-witted school officials approved the uniform in the first place. Maybe the educrats thought they could attract more lecherous old perverts to the games if the pre-teen girls showed a little more skin? Or maybe the seventh-grade boys weren’t thinking about sex enough already? … Read more 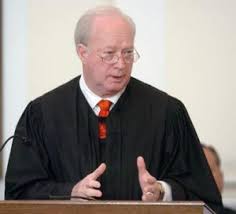 On Tuesday, I launched DirtyRottenJudges.com and BoogerCountyMafia.com, both of which outline evidence of crime and misconduct against U.S. District Judge Walter S. Smith, Jr.  Yesterday and today I was interviewed by a reporter from the Waco Tribune-Herald, and I am informed that the newspaper will be running a story tomorrow about Judge Smith.

That will probably be the beginning of the end of Judge Smith’s judicial career, and it’s long overdue.  On DirtyRottenJudges.com, I laid out the evidence that Judge Smith forcibly groped and molested a female deputy clerk in his private chambers. Other female employees have described incidents of groping and sexual harassment at the hands of Judge Smith, but this far none of them have gone public with their stories. I hope that changes soon.

Meanwhile, this afternoon I received an audio recording of a telephone conversation between attorney Jeff Duke and Judge Robert M. Stem of the 82nd District Court of Robertson County, Texas.  Earlier this week, I wrote about how Judge Stem tried to pressure Jeff to file a bar grievance against me, apparently because I had publicly exposed some of Judge Stem’s criminal activities. When you listen to the audio, bear in mind that Jeff had been an attorney for about a year at the time of the conversation with Judge Stem. It sounds to me as if Judge Stem was trying to get Jeff to do some of his dirty work.