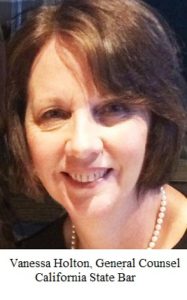 Even though bar rules required Ms. Batchelor’s supervisors to appoint an outside attorney (like Mr. McIntyre) as special counsel, and even though I demanded a special counsel repeatedly, Ms. Batchelor’s superiors closed the case themselves.  A few months later, they reopened an old case against me that had been closed, and they sought my disbarment even though I had not been an active member of the California Bar in almost a decade. … Read more