A few hours ago the Justice Department ordered the U.S. Marshals Service to start producing emails and other records about U.S. District Judge Walter S. Smith, Jr. of Waco, including any records about whether Judge Smith threatened another judge.  That’s only the latest bad news for Judge Smith, who was reprimanded and partially suspended by the Fifth Circuit Judicial Council after I filed a judicial misconduct complaint against him in 2014.

Back in March, I filed a Freedom of Information Act request after receiving a tip that Judge Smith sent a threatening email to another judge, but the Marshals Service reflexively denied the request within 48 hours.  As I reported on March 30, 2016, I made requests for information in six categories, but here’s the one that got tongues wagging:

All records or emails concerning whether Judge Smith made derogatory or threatening comments to or about U.S. District Judge Robert Pitman or any other judge. This request includes, but is not limited to, any emails or records suggesting that Judge Pitman was not welcome in Waco. This request further includes, but is not limited to, added security costs related to Judge Pitman’s travel to Waco.
… Read more 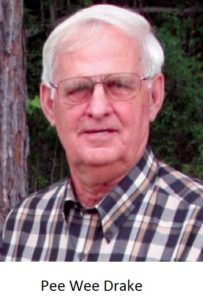 Of course, that doesn’t mean Mr. Drake is headed for a quiet retirement. He may have escaped jail time on the last criminal charge, but he may yet get charged for the games that he has played with people’s utility bills. And I’m not just talking about the stunt that he pulled on Wednesday. As I reported last week, the Mafia is scared to death of a financial audit at city hall, mainly because of the suspiciously high utility bills for enemies of the Mafia and the suspiciously low utility bills for friends and members of the Mafia.  According to Mr. Jackson, not all of the records in the city dumpster were shredded, and some of the surviving records were utility records and financial records. That’s not a coincidence. … Read more

Mr. Russ obviously is willing to risk disbarment and imprisonment in order to block the initiative, but why? Probably because he knows voters want the audit, and he knows the audit could result in criminal charges far more serious than tampering with an election.  Never mind the fact that Councilman Michael “Sticky Fingers” Werlinger used taxpayer funds for football tickets, or that city officials used taxpayer funds to buy flat-screen televisions as gifts.  No, Mr. Russ and his allies in the Booger County Mafia are worried sick about millions of dollars worth of fraudulent utility bills. … Read more

An appellate panel dismissed my attorney misconduct complaint against Texas Attorney General Ken Paxton, and I suppose that should come as no surprise, but the reason for the dismissal is breathtaking.  According to an April 29, 2016 letter that I received from Christine E. McKeeman, executive director and general counsel of the Texas Board of Disciplinary Appeals, “the Board has determined that your appeal should not be granted as the conduct described therein does not allege a violation of the Texas Disciplinary Rules of Professional Conduct.”

Seriously? My grievance was premised on felony indictments alleging that Mr. Paxton defrauded investors and violated state securities laws. Those indictments allege violations of numerous disciplinary rules, not least of which are Rules 8.04(a)(2)(a lawyer shall not “commit a serious crime or commit any other criminal act that reflects adversely on the lawyer’s honesty, trustworthiness or fitness as a lawyer in other respects) and 8.04(a)3)(a lawyer shall not “engage in conduct involving dishonesty, fraud, deceit or misrepresentation”). If felony fraud is not a basis for attorney discipline, what is?  And if there was enough evidence to bring criminal charges, why isn’t that enough evidence to bring disciplinary charges?

Before Mr. Paxton was indicted, Erica Gammill of the Texas Coalition on Lawyer Accountability filed a grievance based on Mr. Paxton’s alleged violations of securities laws, but the state bar dismissed that grievance on the grounds that she failed to allege a rules violation. After he was indicted for the very acts identified by Ms. Gammill, I re-filed her grievance and included copies of the indictments.  On March 9, 2016, a state bar prosecutor at least acknowledged the obvious, i.e., that the allegations did state a violation of the disciplinary rules, but he dismissed my grievance because of the pending criminal cases against Mr. Paxton.  So if you file a grievance against a crooked lawyer before he gets indicted, the state bar will dismiss it on the grounds that no rules were violated, but if you file the grievance after he gets indicted, the state bar will dismiss it because a criminal case is pending. … Read more

Last Thursday, I sent an email to Ms. Saltzman asking whether Judge Hudspeth’s retirement ended the judicial misconduct case and, if so, whether the investigative report would be released. “Ordinarily, retirement from judicial office results in the dismissal of pending complaints of misconduct or disability,” she wrote this afternoon. “However, because the related case 05-14-90120 is still being considered by the [Judicial Conference of the United States] committee, the complaint against Judge Hudspeth is currently being held in abeyance.” … Read more