“The wicked flee when no one is pursuing, but the righteous are bold as a lion.” — Proverbs 28:1

Last week I blogged about how 82nd District Judge candidate Bryan F. “Rusty” Russ, Jr. fled a judicial candidates forum in Franklin, Texas, and ever since his supporters have accused me of “lying.” Well, now that I have video and police reports from the event, we can all see who was lying (hint: it wasn’t me).  Body camera video from three Franklin police officers shows a slightly-stooped, unarmed elderly man with a wavering voice as he displays legal documents to the officers and explains why he believes Mr. Russ is unfit to hold judicial office. Click on these links to see for yourself:

Sgt. Taylor’s video is the most comprehensive, probably because he arrived first, and it refutes most of what Mr. Russ’s supporters have said about the incident.

This morning I sent a letter on behalf of that elderly gentleman, 71-year-old Ronald Braneff, demanding a front-page retraction and apology from The Robertson County News, as well as the termination of publisher Dennis Phillips for defamation.  Mr. Phillips did not attend the candidates forum, but one of his reporters did, and he must not have liked what she had to say because he did not let her write about it in the newspaper.

Instead, Mr. Phillips wrote an an opinion column trying to portray Mr. Russ’s cowardice as a profile in courage. And while Mr. Phillips had every legal right to spin the story in favor of his preferred candidate, he did not have the legal right to make a false accusation that Mr. Braneff  had previously attacked Mr. Russ.  Granted, Mr. Phillips did not mention Mr. Braneff by name, but people in the community knew exactly who he was writing about. 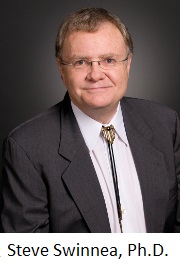 Now I’m not knocking small towns, as I am proud to have grown up in a rural community, namely Union Grove in East Texas (it’s a suburb of metropolitan Gladewater). Nonetheless, as the prophet Peter Gabriel has written, people in some small towns think so small, they use small words. … Read more

Attorney Bryan F. “Rusty” Russ, Jr. walked out of the 82nd Judicial District candidate’s forum last night in Franklin, Texas, according to witnesses. I did not attend the forum, in part because my wife bought tickets to a concert in Carnegie Hall as part of her ongoing efforts to civilize me, but I received some email reports this morning.

If Mr. Russ would like to give his side of the story, or if he would like to respond to the evidence that he is a liar, a cheater, and a thief, I will gladly post his response on my blog verbatim. And if you were there, or if you know what the back story is, please post something in the comments section below. Here are the emails (senders’ names redacted):

Really interesting night, last night. It seems, a guy Rusty has had a spat with since 2001 was there and Rusty felt intimidated enough to call the cops. The cops took the guy out back to talk to him. He came back and, just sat in the back without saying a word. They left a cop there. Sheriff Yetzek was there, too. Rusty, still, felt so intimidated, he picked his marbles without saying a word and left. Really courageous of him, don’t you think?
————————————————————–
So last night Rusty threw a hissy fit at the candidate forum in Franklin…. said that some guy there had put out a death threat against him and he left and refused to face Matthew. The guy he accused of “threatening him” was about 70 and even I coulda taken him in a fight. 🙂 🙂

Matthew did great, everyone loved him….

In 1998, for example, Robertson County resident Ruthie Roberts and her mother paid Mr. Russ for advice on how to clean up the title to some family land, and Mr. Russ told them nothing could be done.  About seven years later, he and Mr. McCullough successfully stole the mineral interests from beneath that land.  Fortunately, they were caught and had to return most of what they had stolen.  In Mr. McCullough’s deposition testimony, he admitted what he and Mr. Russ had done, and you can read the transcript by clicking here. … Read more

Last night a jury acquitted Hearne City Councilman Rodrick Jackson of a charge that he forcibly kissed and groped a fifteen-year-old girl, and I think the verdict proved what I have been saying all along: the charge was politically motivated and never should have been filed in the first place. The acquittal also creates serious problems for the City of Hearne, because Mr. Jackson’s civil rights lawsuit can now proceed in federal court. 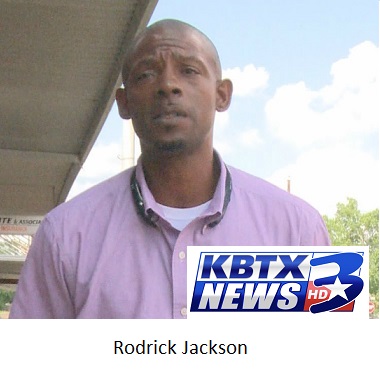 As you may recall, the Texas Rangers and Robertson County District Attorney’s Office investigated the allegation against Mr. Jackson and District Attorney Coty Siegert rejected the case, but the City of Hearne then charged Mr. Jackson, an outspoken critic of corruption at city hall, with Class C misdemeanor “assault by contact.” A Class C misdemeanor is the legal equivalent of a traffic ticket.

As of December 17, 2017, the city had spent nearly $20,000 in legal fees for a special prosecutor from suburban Houston, and I suspect that figure will climb significantly after yesterday’s trial. All of that for a citation that is punishable by a maximum $500 fine and no jail time.

On January 18, 2018, I asked the U.S. District Court in Waco to block the prosecution on the grounds that the city was retaliating against Mr. Jackson for exposing corruption at city hall. Judge Robert Pitman denied our request for an injunction, but he asked the city’s attorney afterwards, “This looks bad, doesn’t it?”

Indeed it does. If you are not familiar with the case, you may be wondering why it was tried in municipal court, i.e., traffic court, because it’s a felony for a grown man to kiss and grope a teenage girl. The short answer: politics. Apparently city officials could not get the Rangers and the DA to do their dirty work for them, so their only option was to charge Mr. Jackson in municipal court, where the maximum charge is a Class C misdemeanor. … Read more