In 1998, for example, Robertson County resident Ruthie Roberts and her mother paid Mr. Russ for advice on how to clean up the title to some family land, and Mr. Russ told them nothing could be done.  About seven years later, he and Mr. McCullough successfully stole the mineral interests from beneath that land.  Fortunately, they were caught and had to return most of what they had stolen.  In Mr. McCullough’s deposition testimony, he admitted what he and Mr. Russ had done, and you can read the transcript by clicking here.

The Roberts case is only one example, and here’s how the scam works: Mr. Russ and Mr. McCullough own several shell companies, and their Shell Company A purports to transfer your 100 acres of oil and gas interests to their Shell 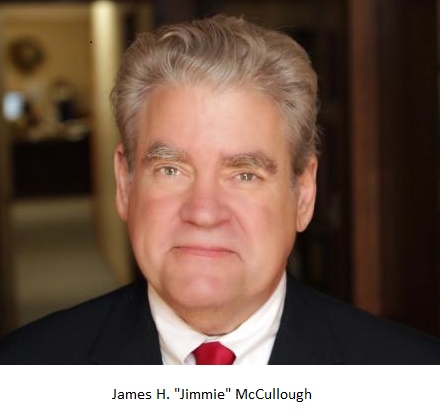 You get to fight that in court, right? Wrong. Judge Stem appoints a complicit local attorney to serve as your legal representative, and that attorney declares on the same day that he cannot find you (never mind the fact that he hasn’t tried to find you), so Judge Stem permits what is called “substitute service.”

Normally, substitute service means publishing notice of the lawsuit in the newspaper for several weeks prior to any trial or hearing.  But local land owners might read the newspaper and find out about the lawsuit, and Mr. Russ, Mr. McCullough, and Judge Stem don’t want that, so Judge Stem orders that notice be posted in the courthouse, where nobody will read it.  A week or two later, Judge Stem holds a hearing, the attorney who is supposed to represent you rolls over and plays dead, and then Judge Stem declares that Shell Company B now owns your 100 acres.

How have they managed to keep their law licenses and stay out of prison? That’s a great question, and I’ll be writing about that subject in Liars and Horse Thieves: A Book About Lawyers and Judges.

In 2016, I wrote about how Hearne city officials and Mr. Russ, who was then city attorney, were desperate to block an audit of city finances.  Former Mayor Milton Johnson, then-Councilwoman Shirley Harris, Ola Mae Harris, and Councilwoman Martha Castilleja, among others, submitted enough petition signatures to force a vote on whether the city should be audited.

Under normal circumstances, city officials would have given the petition signatures to the county elections administrator, who would then certify whether or not there were enough signatures to force an election. In 2016, 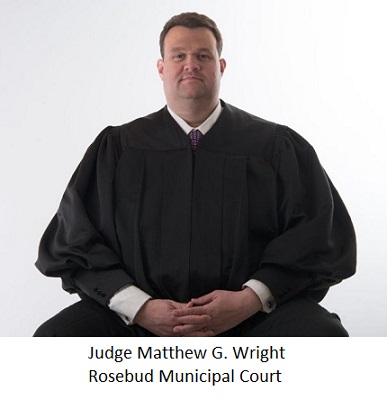 however, city officials just sat on the petitions. When I wrote to Mr. Russ to ask why they had not been transferred to the elections administrator, he refused to answer.  Eventually, he transferred only some of the signatures to the elections administrator, making it appear that there were not enough signatures on the petitions. That sort of record tampering and vote tampering is a crime under state and federal law. You can read my letter to the Robertson County Grand Jury by clicking here.

Mr. Russ eventually filed suit against Mr. Johnson to keep the audit from appearing on the ballot, and I counter-sued Mr. Russ on the grounds that he had tampered with the petition signatures. Mr. Russ filed a motion for summary judgment, and U.S. District Judge Robert Pitman rejected the motion on October 26, 2017, summarizing all of the evidence against Mr. Russ in his opinion.  Read Judge Pitman’s opinion by clicking here.

We were scheduled to begin trial in federal court in Waco in October, and I flew from New York to Texas only to learn outside the courtroom doors that Mr. Russ had postponed the trial by filing a last-minute appeal. I guess Mr. Russ didn’t want his dirty laundry getting aired before he announced that he was running for judge.

In 2009, I discovered that Mr. Russ had been secretly providing free legal services to Judge Stem, and that neither one of them had disclosed that arrangement to the attorneys and parties who were appearing in front of Judge Stem and opposite Mr. Russ.  That looks and smells like bribery, and it was a crime under state law for Mr. Russ to give that sort of gratuity and for Judge Stem to accept it.

In a 2014 blog post, I explained how Mr. Russ tried to represent (and sometimes did represent) clients on both sides of the same case.  That’s grossly unethical, and it would get any other attorney suspended or disbarred.  Mr. Russ, however, is a former member of a state bar grievance committee, and state bar officers and grievance committee members are protected by bar prosecutors.

I knew I would support Judge Wright before I ever met him, because (1) he is not Rusty Russ, and (2) a mutual friend told me that Judge Wright was an honest man and a straight shooter.  Since that time, I have tried a case in front of Judge Wright in Rosebud Municipal Court, and I support him enthusiastically. He ruled against me on a very important motion, and I adamantly disagreed with him, but I never doubted his fairness.

If you want to end the political corruption in Falls and Robertson Counties, a vote for Judge Wright is a big step in the right direction (no pun intended). If he is elected, it could very well mean the end of the Booger County Mafia.

One thought on “The sun still rises in the east, and Rusty Russ is still a criminal”