U.S. District Judge Walter S. Smith, Jr. of Waco may have illegally accepted free legal services from an attorney who practiced in his courtroom, according to documents that I obtained from that attorney, and it looks like Judge Smith’s colleagues are trying to cover up the extent of his sexual misconduct. Meanwhile in D.C., Hillary Clinton’s personal lawyer filed charges to disbar me, apparently to cover up the misconduct of his former law partner, U.S. District Judge Ellen S. Huvelle.

David Kendall, who chaired the D.C. court’s grievance committee, began representing the Clintons before  the Monica Lewinsky scandal, and he and Judge Huvelle worked together at Williams & Connolly, L.P. from 1978 to 1990. They were partners from 1984 to 1990. As I explained in October, Judge Huvelle secretly and illegally communicated with several attorneys around the same time that she was covering up their crimes in her courtroom.

More on that below, but first the news about Judge Smith. After filing a sexual misconduct complaint against Judge Smith, I learned that attorney Greg White of Waco had been secretly representing the judge in that investigation, and that neither of them had disclosed their relationship to the attorneys who appeared before Judge Smith and opposite Mr. White. … Read more

Yesterday’s bad news from the State Bar of Texas may not be the last for Texas Attorney General Ken Paxton. On Saturday, I filed a separate bar grievance against him for violating state securities laws.

I wasn’t planning to make the grievance public so early, and my decision to file it had surprisingly little to do with Ken Paxton himself (more on that below). That said, I now think there is a decent chance that the bar will act on the grievance.

Back in 2014, Erica Gammill of the Texas Coalition on Lawyer Accountability filed a grievance against Mr. Paxton for violating state securities laws, but the state bar dismissed the complaint without so much as an investigation. Less than a year later, however, a Collin County grand jury indicted Mr. Paxton for the same violation that was named in the 2014 bar grievance.

That begs a question: if the Texas Rangers, special prosecutors, and grand jurors found enough evidence to support a criminal charge, how can the state bar plausibly claim that there is no reason to investigate? Particularly when the criminal charge must be proved beyond a reasonable doubt, while a disciplinary charge must only be proved by the lower “preponderance of the evidence” standard? The grievance that I filed on Saturday asks that very question. 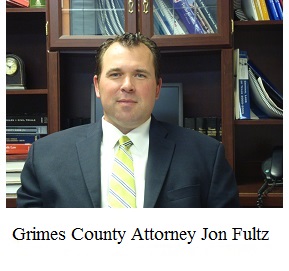 So, what’s the story with the sheriff’s truck? I’ll tell you what I know thus far. On January 12, 2016, I sent the following email to County Auditor Mary Nichols: … Read more