Some time after yesterday’s post about “the sleaziest little newspaper in Texas,” someone deleted Robertson County News publisher and editor Dennis Phillips’s “Booger County Mafia debunked” screed from the newspaper’s Facebook page. I’m wondering if that had anything to do with an email that I sent to Jim Moser, president of the company that owns the News.

Late night’s email to Mr. Moser was copied to other journalists and community leaders and included the following message: 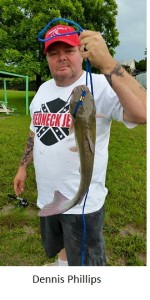 Below is a blog post concerning Dennis Phillips and the Robertson County News. Prior to law school, I worked as a reporter for the Longview News-Journal and The Washington Times, and I also worked as a stringer for the Dallas Morning News and the Houston Chronicle.

In all my years in journalism, law enforcement, and law practice, I have never met a journalist as unethical and incompetent as Dennis Phillips. I hope your organization has been unaware of his shenanigans, because I cannot image any media organization tolerating his misconduct and ineptitude.

Thank you for your consideration.

If public conniption fits are any indication, I must be getting way under the skin of the Booger County Mafia and its flunkies. As I told The Bryan-College Station Eagle last week, witnesses saw Hearne City Manager Pee Wee waiving a printed copy of one of my blog posts at city hall and saying, “This [email protected]# needs to stop!” (I assume he was talking about my blogging and not his own role in misappropriating taxpayer funds).

At the same time, Hearne City Attorney Bryan F. “Rusty” Russ, Jr.’s wife and sister (not the same person) have been doing his dirty work on Facebook, with his wife implying that I am gay and mentally ill. The latter is particularly ironic, because I suffer from exactly the same mental illness that she does: clinical depression. And while I appreciate the Mafia’s ongoing interest in my sexual preference, I must report – to John Paschall’s apparent disappointment – that I am straight.

Then there’s Dennis Phillips, the publisher and editor of the Robertson County News, who accepted $30,000 worth of hush money from the city in exchange for ignoring most of the crimes at city hall.  On Monday, he published “Booger County Mafia debunked” in an effort to set me straight, but he ended up admitting that he did exactly what I accused him of doing. [UPDATE 9/24/2015: The post has been deleted, but I saved a copy and you can find the link by clicking here.] More on that below, but I am always amused when my blogging is critiqued by a purported journalist who struggles with sixth-grade grammar and spelling.

I view all of this conniptionality (yes, I made that word up) as a positive sign. Crooks always get bent out of shape when they are being exposed. And since we’re on the topic, let’s expose them a little more. … Read more

Organized crime charges against three men who were arrested in July at a Grimes County car auction appear to be unraveling. According to an audio recording that I obtained last week, witness Richard Masto said he was pressured by a lieutenant in the Montgomery County Sheriff’s Office to sign a handwritten statement accusing one of the men of selling cars without authorization.

Lt. Joseph Sclider, who serves as the commander of the Montgomery County Auto Theft Task Force, organized the June 24, 2015 raid in tiny Anderson, Texas, then arrested my client, Les Shipman, his associate, Jerry Williams, and the auctioneer, Israel Curtis. The task force also seized 54 cars, all with television news cameras rolling. From the news coverage, you would have thought the three men were running a stolen car ring.

In reality, nothing could be further from the truth. Mr. Shipman owns the car repair business where the raid was conducted, and Lt. Sclider seems to have a grudge. Between 2013 and the time of the raid, Lt. Sclider and/or his task force officers inspected Mr. Shipman’s premises four times without finding any violations. Mr. Shipman was planning to auction off all of the cars on his property on June 27, 2015 so he could ultimately sell the business and move out of state.

Around 11 minutes into the interview of Mr. Masto, you can hear the following exchange between Mr. Masto and a private investigator hired by Mr. Shipman’s criminal defense attorney, John Quinn of Bryan:

Investigator: Apparently you talked to [Lt. Sclider] and he wrote this statement out for you. Have you seen that?

Masto: Yeah, I signed it.

In fairness, Mr. Masto seems to equivocate later in the interview, and unfortunately he died soon afterward. Even so, the state’s case against Mr. Shipman, et al. is full of holes. … Read more

This afternoon I sent a letter to the Justice Department requesting an investigation into the financial crimes and corruption at Hearne City Hall, because city officials are pulling out the big guns to thwart a local investigation. As KBTX reported on Wednesday, Robertson County District Judge Robert Stem blocked District Attorney Coty Siegert from listening to audiotapes of the Hearne City Council’s executive sessions. Mr. Siegert had obtained the recordings with a search warrant as part of his ongoing investigation of financial irregularities at city hall as well as violations of the Texas Open Meetings Act.

Now everyone can see why Hearne Mayor Ruben Gomez and the other crooks at city hall wanted to bring back Bryan F. “Rusty” Russ, Jr. as city attorney: Mr. Russ and Judge Stem are both kingpins in the Booger County Mafia, and Mr. Siegert will have a hard time conducting a criminal investigation if Judge Stem is running interference at Mr. Russ’s behest. And rest assured, Judge Stem will be running interference wherever he can. In fact, I would not be surprised if Judge Stem started quashing grand jury subpoenas related to Mr. Siegert’s investigation.

If you’ve read BoogerCountyMafia.com, you’re familiar with the corrupt relationship between Mr. Russ and Judge Stem, e.g., Mr. Russ provided free legal services to Judge Stem, and the two of them hid that relationship from all of the attorneys and parties who appeared opposite Mr. Russ in Judge Stem’s court. Around the same time, Judge Stem aided and abetted Mr. Russ and his law partner, Jimmie McCullough, in the theft of more than $1 million in mineral interests. Anywhere else that might be called bribery, but in Booger County the ruling class gets to make up its own rules. … Read more 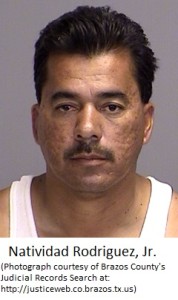 As explained in the letter, the evidence indicates that the decision to rehire Mr. Russ was made well in advance of the meeting. I warned them that it was illegal and they did it anyway, so criminal charges are perhaps the only deterrent at this point.  The Bryan-College Station Eagle reports that the council also voted to ratify the city manager’s decision to keep paying Natividad Rodriguez, Jr., the city streets supervisor who was arrested in January for violating his felony probation. … Read more