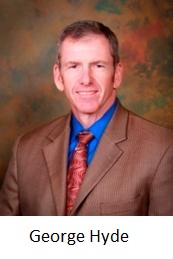 In the November 2 post, I included a link to a November 1, 2016 letter that I sent to Mr. Hyde and Ms. Griffin regarding their suspicious behavior, and you can read that letter by clicking here.  On the following day, they sent me a snarky response, implying that only they had the right to represent Mr. Jackson, Ms. Harris, and Ms. Castilleja. In other words, they suggested that my clients had no right to use another attorney besides them. … Read more

Oh, the irony. The executive director of the Texas Alcoholic Beverage Commission allowed illegal alcohol sales at a regional conference of state liquor cops in Austin,  according to a retired TABC supervisor,  and that could lead to criminal charges against the director and one of

her cronies.  The agency also paid its deputy executive director more than $12,000 per month to attend a police academy full-time at government expense, even though his job does not involve any law enforcement duties (more on that below).

Darryl Darnell, a retired TABC supervisor who now works as a deputy constable, filed a complaint on November 7, 2016 against Executive Director Sherry Cook because the National Conference of State Liquor Administrators sold alcohol without a permit during its September conference.  That might not be a big deal but for two things: (1) as chairwoman of NCSLA’s southern region, Ms. Cook presumably was in charge of the conference; and (2) Ms. Cook’s agency sends regular people to jail for selling alcohol without a permit.

And then there’s what happened after Mr. Darnell filed his complaint. On Monday, TABC Captain Andy Pena called to speak with Williamson County Pct. 2 Constable Rick Coffman (Mr. Darnell’s current employer), but he was routed to Sgt. Leo Enriquez.  I spoke with Sgt. Enriquez yesterday, and he told me that Captain Pena said he was calling as a “professional courtesy” to let Constable Coffman know that Mr. Darnell had filed a complaint against Ms. Cook, whom he identified as the TABC executive director.

That phone call might be a felony.  According to Texas Penal Code § 39.06(b), “[a] public servant commits an offense if with intent to obtain a benefit or with intent to harm or defraud another, he discloses or uses information for a nongovernmental purpose that: (1) he has access to by means of his office or employment; and (2) has not been made public.” Mr. Darnell filed his complaint against Ms. Cook solely as a private citizen, and he made no mention of the fact that he worked for the constable. … Read more