I think the U.S. Justice Department may have set a record today. On Monday, I filed Freedom of Information Act requests with the U.S. Marshals Service for information about scandal-ridden U.S. District Judge Walter S. Smith, Jr. of Waco, Texas.  Normally, DOJ takes months or even years to respond to a FOIA request but today, less than 48 hours after submission, I received a letter denying all of my requests across the board.  Meanwhile, Congressman Bill Flores seems to have lost all interest in Judge Smith’s misconduct now that his primary election is over (more on that below).

My sources in Waco tell me that Judge Smith is a hot mess these days (even more so than usual), and his behavior leads them to believe that he has started drinking again. You may recall that Judge Edith Jones, formerly the chief judge of the U.S. Court of Appeals, gave Judge Smith an ultimatum several years ago to enter rehab or face suspension.  In December, the Fifth Circuit reprimanded him for groping a female deputy clerk in his chambers (apparently while he was drunk). In February, I wrote about evidence that Judge Smith illegally accepted free services from Greg White, a Waco attorney who had several cases pending in front of Judge Smith.

I am aware of many other alleged incidents of misconduct involving Judge Smith, and my FOIA letter included six separate requests: … Read more

The Hearne City Council is convening a special meeting on Monday, hoping to block a ballot initiative that would force a forensic audit of city hall finances. As I reported last Monday, such an audit could very well send some city officials to prison.

Enter City Attorney Bryan F. “Rusty” Russ, Jr. at stage right.  According to the city charter, the city secretary was supposed to transmit the petitions in support of the initiative to the county for certification of voters’ signatures.  Instead, Mr. Russ intercepted the petitions and is holding them at his private office, thereby preventing certification.

That should not surprise anyone who knows Mr. Russ, a shameless white-collar criminal and a ringleader of the Booger County Mafia. I suspect he’s trying to keep some of his Mafia allies out of prison, e.g., Mayor Ruben Gomez, City Manager Pee Wee Drake, Councilman Michael Werlinger, Councilwomen LaShunda White and Joyce Rattler, and City Judge Hazel Embra. And for all I know, he may be trying to keep himself out of prison.

Yesterday I sent an email to Mr. Russ asking why the petitions had not been submitted to the county.  In a one-sentence reply, Mr. Russ demanded to know who I was representing, as if that mattered.  I told him that I was representing former Mayor Milton Johnson, Councilwoman Shirley Harris, and council candidate Rodrick Jackson, who were (along with council candidate Martha Castelija) the organizers of the petition drive. … Read more 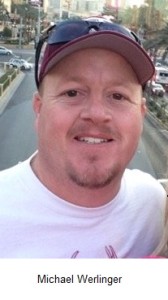 It would also explain why the auditors failed to detect City Manager Pee Wee Drake’s misappropriation of thousands of dollars in salary payments to a jailed city employee.  Mr. Drake was later indicted for mishandling city funds, and last week he entered a plea agreement to repay the money plus a $1,000 court fee. … Read more

Over the last few months, I’ve blogged about the ongoing effort in Grimes County to railroad Les Shipman, Jerry Williams, and Israel Curtis on organized crime charges.  Today John Quinn and I filed a federal civil rights lawsuit against Sheriff Don Sowell and District Attorney Tuck McLain, among others.

Here’s the opening sentence of the federal complaint: “This is a case of dirty small-town politics wherein local officials are using the criminal justice system to drive a politically unpopular resident out of town.” The lawsuit speaks for itself, and you can read it all by clicking here.

We gave the sheriff and the DA every chance to do the right thing, and they dug in their heels.  Now they can explain themselves to a federal court. Let the fun begin.

As I explained in my February 11, 2016 blog post, my grievance against Mr. Paxton had far less to do with Mr. Paxton than the state bar itself.  Time and again, I’ve watched the state bar protect politically-connected attorneys, some of whom have committed serious crimes. And now the practice continues.

According to a March 9, 2016 letter from OCDC, my grievance was dismissed because the allegations are “the subject of a pending criminal case against [Mr. Paxton].”  But as I noted in the appeal that I filed this morning, nothing in the disciplinary rules prevents OCDC from prosecuting attorney misconduct charges concurrently with criminal charges.

On the contrary, “[t]he processing of a Grievance, Complaint, Disciplinary Proceeding, or Disciplinary Action is not, except for good cause, to be delayed or abated because of substantial similarity to the material allegations in pending civil or criminal litigation.” Texas Rule of Disciplinary Procedure 15.02. Granted, a delay or abatement differs from an outright dismissal, but the spirit of the rule certainly implies that OCDC should not dismiss a case simply because a related criminal case is pending. In fact, the OCDC prosecuted my grievance against former Robertson County District Attorney John Paschall concurrently with the overlapping criminal charge. … Read more