Yesterday one of my sources informed me that an FBI agent interviewed him on January 19, 2017 about allegations that CopSync, Inc. offered an insider stock deal to Robertson County commissioners shortly before those commissioners voted on a contract with the company. My source, a local law enforcement officer who previously worked in Robertson County, is the same person who brought the CopSync transaction to my attention.

I emailed CopSync officials yesterday evening to ask whether they were aware of an FBI investigation, but thus far no one from the company has responded. As I reported yesterday, the non-employee directors of CopSync hired an outside law firm to investigate the same transaction.

In other Booger County news, a forensic audit of the City of Hearne’s finances is scheduled to be released at a city council meeting this evening.  Hearne citizens originally circulated an initiative petition to force an audit of city finances after learning that city officials used taxpayer funds to purchase football tickets and flat-screen televisions.

The Booger County Mafia representatives on the city council, including Mayor Ruben Gomez and Councilman Emmett Aguirre, voted to sue their own constituents in order to keep the referendum off the ballot, and then-City Attorney Bryan F. “Rusty” Russ, Jr. even hid some of the petition signatures in an effort to keep it off the ballot.  Fortunately, the voters tossed some of the Mafia representatives from the council last May, and the new council members approved the audit.

Last April, I filed suit against Mr. Russ on behalf of former mayor Milton Johnson for tampering with the petition signatures. On January 10, 2017, U.S. District Judge Robert Pitman denied Mr. Russ’s motion to dismiss the case, and I am planning to take Mr. Russ’s deposition in late February. I wonder how many times he will plead the Fifth. 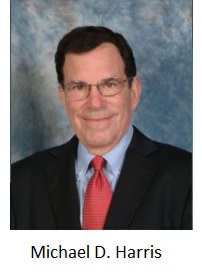 It looks like two of my story lines have crossed. According to one of my law enforcement sources, county commissioners in Robertson County, Texas (a.k.a. “Booger County”) were allowed to purchase stock in CopSync, Inc. at a private sale shortly before they voted on a contract with the company. And one of the major investors in that company is none other than Texas Attorney General Kenneth “Righteous Ken” Paxton.

On its website, CopSync claims that it contracts with more than 500 local law enforcement agencies to help them integrate information among themselves and outside agencies. A letter that I received from the company suggests that private stock offerings to government decision makers may have been a common practice. If so, a lot of people could be in a lot of trouble.

Here’s the original email that I received from my source, a former law enforcement officer in Robertson County:

I’m not sure if you heard this before but I was told today by an elected official (buddy) that there were several elected officials in the basement of the Robertson County Courthouse for a meeting just prior to Robertson County purchasing the Copsync equipment. The meeting included all Commissioners, Constables, and the Treasurer and her husband (maybe more elected but I didn’t pry). All were offered stock in the company in which all did purchase (including Constable Angele and his mother in law (she was not present)). I was told Jan Roe had her own private meeting later to purchase at a different time in private. The stock was offered for $.10 a share. (my source stated it was worth more at the time). I’m not familiar with the stock market or any rules however it sounds pretty fishy to me?

Let me know if this helps or if I need to dig further for information.

For the record, my source did purchase stock that day and is a Constable. … Read more

It sounds to me as if nobody from TABC offered to help until Johnson was dead and the bullets had stopped flying. And what’s this about “Had we been requested…”? As an ex-cop, I find it hard to fathom that any cop would think that he needed to wait for a request for help. No instinct or duty should be more fundamental to a cop than protecting the innocent, even when it puts the cop’s life in danger. So when a heavily-armed murderer is roaming the streets and a massive manhunt is under way, you don’t wait for someone to ask you to intervene, you just do it. … Read more