In a phone conversation this afternoon, TCOLE executive director Kim Vickers told me he was making the investigation a priority and assigning two of his agents as well as an investigator from an outside agency.  TCOLE oversees training and licensing of all Texas peace officers, and it can file criminal charges or administratively suspend or revoke peace officer licenses. … Read more

You would expect to find mileage reports, gas receipts, meal receipts, or hotel bills — something reflecting a five-day round trip from Austin to Alvin — but TABC claims there are no such records.  In fact, TABC claims it has no record of any emails that Mrs. Cook sent or received during the week of August 26, 2013. I requested all of her emails from that week, thinking one of them might give a clue about her location. In an August 19, 2015 telephone conversation, TABC public information coordinator Matthew Cherry told me there were no emails whatsoever for that week.  On September 21, 2015, he wrote as follows: “Please be informed that the TABC does not have any responsive records pertaining to emails, travel, and expense records for Executive Director Sherry Cook from August 26, 2013 through August 30, 2013.” … Read more 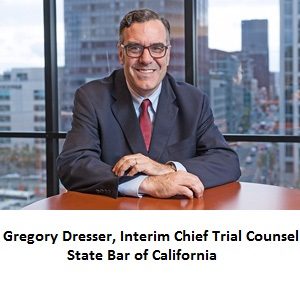 As I reported two weeks ago, prosecutors Cydney Batchelor and Robert Henderson argued that my former client, Wade Robertson, had taken $3.5 million from his business partner, William C. Cartinhour, Jr., without using any of the money for its intended purpose of supporting litigation in New York. When an attorney in Alabama, Jason Yearout, told Ms. Batchelor that Mr. Robertson used at least some of the money to pay his firm for litigation expenses, she tried to cover up that discovery, telling Mr. Yearout that he “should forget the phone call ever happened.” … Read more

This afternoon I sent a letter to the San Francisco County Grand Jury requesting a criminal investigation of Cydney Batchelor, a senior prosecutor for the State Bar of California. In my May 9, 2016 post, I explained that Ms. Batchelor had withheld exculpatory evidence in a disbarment proceeding against my former client, Wade Robertson.

In her response to the state bar court, Ms. Batchelor only made herself look worse. A lot worse. In a sworn declaration, she admitted that she obtained exculpatory evidence from attorney Jason Yearout, and she admitted that she may have told him that he “should forget the phone call ever happened.” Her defense? She claims that Mr. Yearout just misunderstood what she really meant.