You would expect to find mileage reports, gas receipts, meal receipts, or hotel bills — something reflecting a five-day round trip from Austin to Alvin — but TABC claims there are no such records.  In fact, TABC claims it has no record of any emails that Mrs. Cook sent or received during the week of August 26, 2013. I requested all of her emails from that week, thinking one of them might give a clue about her location. In an August 19, 2015 telephone conversation, TABC public information coordinator Matthew Cherry told me there were no emails whatsoever for that week.  On September 21, 2015, he wrote as follows: “Please be informed that the TABC does not have any responsive records pertaining to emails, travel, and expense records for Executive Director Sherry Cook from August 26, 2013 through August 30, 2013.”

That is nearly impossible to believe.  She was (and is) the head of a large state agency, but nobody sent her an email for a week? Not even spam? State law requires the preservation of emails for four years in some cases and two years in others, and my public information request was submitted on July 14, 2015, less than two years after the emails would have been created. 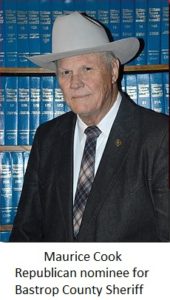 If Mrs. Cook destroyed her emails from that week, she could be in a world of trouble.  Each destroyed email could be worth a third-degree felony charge of tampering with a governmental record. If training records were falsified, the individuals responsible could face the same charge. And if the VIP program at ACC was routinely giving unearned credit to politically-connected wannabe cops, and more than two people were involved, then all of the participants could be charged with engaging in organized criminal activity.  Finally, if the participants used the U.S. Postal Service to mail any related documents, they could be charged with federal mail fraud.

According to TABC’s website, Mrs. Cook spent 29 years with the Texas Department of Public Safety as a non-commissioned employee before she was hired in 2006 as the information technology director for TABC. According to her training records, she completed basic police academy training at ACC in 2008, during her husband’s tenure at the college.  That leads me to wonder how she could attend the police academy while working full-time 193 miles away at TABC headquarters in Austin.

The VIP academy was probably weekends-only, but her attendance is difficult to verify without access to her student records. One of my sources filed a public information request with Alvin Community College last year seeking attendance and training records for Mrs. Cook, but the request was denied because it sought student information protected by the Federal Educational Right to Privacy Act (FERPA).  In May of last year, I faxed a letter to Mrs. Cook asking three questions:

Mrs. Cook never responded, and yesterday afternoon I sent another email asking whether she personally attended her training classes. I copied the email to Chris Porter, the agency spokesman, and he told me by phone that any response will have to come from Mrs. Cook. These are easy questions to answer, so why won’t Mrs. Cook answer them?  Incidentally, I have been asking ACC officials since Monday whether the 2013 class required in-person attendance, but thus far they have not answered my question.

So who else received credit from the special VIP program at ACC?  And did they actually attend any classes, or was the school just giving away badges to political cronies? Some of that information may be protected by FERPA, but FERPA is not without exceptions.  Educational records can be disclosed in response to a subpoena or court order,  see 34 CFR 99.31(9)(ii), hence my letter to the prosecutors and investigators.

Last year, after blogging about how Texas State Trooper Billy Spears was disciplined for allowing himself to be photographed with Snoop Dogg, I started getting tips about misconduct and corruption in TABC. You may recall that Billy first started getting grief from his own 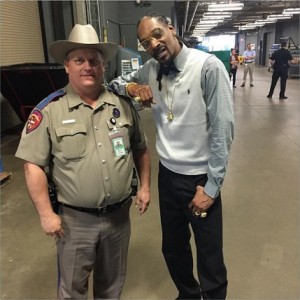 agency after he accused a TABC agent of misconduct while working an off-duty job.

TABC’s chief of internal affairs, Captain Andy Pena (a.k.a. “Captain Cover-Up”), tried to whitewash the incident with Billy, and after blogging about it I learned from TABC agents that the agency may have covered up a more serious incident involving multiple agents, including a high-ranking supervisor.  TABC then tried to hide the incident from me, but I’ve managed to gather the details anyway, and I plan to publish them soon. Trust me, it ain’t pretty.

Also in 2015, the Houston Press published a scathing article about Albert Rodriguez, the former commander of the DPS academy who is now the director of training for TABC.  Consider this excerpt:

The judge even challenged the very theory Rodriguez had spun for the defense. Ibarra, Hoyt wrote, committed no crime by filming officers. The mere possibility that someone might commit a future crime — in this case, retaliation against an officer — does not constitute probable cause. Hoyt wrote that Rodriguez’s analysis of the case “contravenes well settled legal theories” and promotes “lawlessness.”

Judge Hoyt is very easygoing, especially for a federal judge, and that makes his outrage all the more remarkable. Thanks to his blistering opinion, Rodriguez’s career as an expert witness is probably finished, but Rodriguez’s career with the state is not.  On November 18 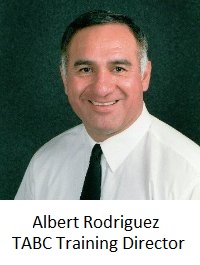 , 2015, a retired TABC supervisory agent sent a link to the article and the excerpt above to Jose Cuevas, Jr., the chairman of TABC.  The next day, Cuevas wrote that it was “interesting reading” and that he would “look into this immediately,” but eight months later Rodriguez still holds his job as TABC’s director of training.

If anything, Rodriguez is probably a perfect fit for the management culture at TABC. Last year, a management review published by the Institute for Organizational Excellence at UT-Austin found widespread dissatisfaction at TABC among the rank and file.  And the retired agent who sent the email to Cuevas told me that TABC is now run by a “bunch of yo-yos” who were “culled” from DPS.  Rodriguez, Mrs. Cook, and Captain Cover-Up are all DPS retirees, as are many other top TABC managers.

Maurice Cook, meanwhile, has his own colorful history.  Mr. Cook was accused of perjury in the 1990s after giving false testimony about a murder investigation.  He sued the Associated Press, Houston Chronicle, and others for comments and reports about the scandal. The trial court denied the defendants’ motion for summary judgment, but an appellate court reversed and rendered summary judgment against Mr. Cook. In his recent race for the Republican nomination, Mr. Cook raised eyebrows by generating most of his campaign donations from lawyers and businessmen outside Bastrop County, including $10,00o from a bank director in Florida, $5,000 from a lawyer in Dallas, and $5,000 from a lawyer in Houston. Interestingly, Mr. Cook’s resume claims that he is still commissioned as a “Special Texas Ranger” by DPS. Why is DPS still carrying his commission?

The nomination of Mr. Cook reminds me somewhat of our old friend Ricky “Scandal Man” Scaman, the disgraced TABC agent who won the Republican nomination for Falls County Sheriff in 2012 and lost to the Democrat by 14 votes.  Scandal Man was fired from TABC for a variety of alleged lapses, and he made headlines after a photograph surfaced of him in his TABC uniform at a topless bar with his arm around a nearly naked “adult entertainer.” Unfortunately, Scandal Man won the GOP nomination for sheriff again this year, and this time there’s no Democrat on the ballot in November.

Yes, I’ve been sitting on some of this TABC stuff for more than a year, but I’ve been swamped, as you can see from the other posts on this blog.  Unlike Bruce Wayne, I don’t have a family fortune to subsidize my crime-fighting adventures, and rich girls aren’t worth the headache, so for now I have to keep my day job.

That said, I still welcome tips from agents and retirees (or anyone else).  I’m told that a very high-ranking TABC official has intervened repeatedly to help friends whose businesses were cited for selling alcohol to minors.  I need some first-hand witnesses. If you know something, send me an email.