In reality, Billy did not take the photo, but Snoop Dogg’s publicist took the photo at Snoop Dogg’s request and posted it to Instagram. As I explained in a letter to Col. Steven McCraw, the DPS director, Billy did not know about Snoop Dogg’s criminal history. Believe it or not, some folks don’t watch TMZ or read People Magazine. And of course DPS has no policy requiring a criminal background check on everyone who requests a picture with a uniformed trooper. In fact, DPS has no policy forbidding a photograph with someone who has a criminal conviction.

I’m not much of a rap fan, and I don’t care for some of Snoop’s lyrics, but he is actively involved in a lot of stand-up charitable work. So what’s the big deal? Would the DPS hiearchy get so bent out of shape about a picture with Willie Nelson? 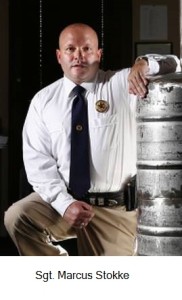 As explained in my letter to DPS Director Steven McCraw, as well as my letter to state and federal prosecutors, the disciplinary counseling appears to be the latest act of retaliation against Billy since he reported misconduct by an officer from another agency last year. According to multiple witnesses, Sgt. Marcus Stokke of the Texas Alcoholic Beverage Commission detained Billy without probable cause while Billy was off duty. It appears that Sgt. Stokke thought Billy disrespected him in public (a charge disputed by Billy and other witnesses), but then “disrespecting the po-po” is not supposed to be a crime in this country.

the Texas Rangers (a unit within DPS) on the grounds that the sergeant violated Section 39.03 of the Texas Penal Code, which outlaws unlawful arrests or detentions. Instead of investigating Sgt. Stokke, however, DPS opened an administrative investigation of Billy. Meanwhile, Captain Andy Pena of TABC internal affairs (formerly of DPS internal affairs) refused to investigate Sgt. Stokke because, he said, Billy did not sign the complaint form as required by the Government Code. So never mind whether his officer committed a crime, Captain Pena is not going to do anything unless that complaint form is signed. What a farce.

As I wrote in my letter to the prosecutors, Billy gave consistent testimony corroborated by multiple witnesses, whereas Sgt. Stokke gave conflicting accounts of his reason for detaining Billy, yet DPS ultimately suspended Billy. He appealed the suspension, but it was affirmed at every level up to the chief of the highway patrol. Finally, on January 23, 2015, Director McCraw reversed the suspension, but two months later DPS brought the new disciplinary charge against him. I don’t think that is a coincidence.

DPS claims that the counseling forms are not really discipline, therefore the employee has no right to appeal. Yet 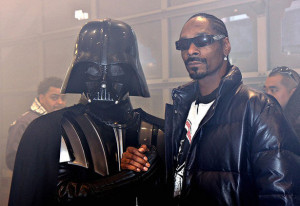 those counseling incidents can block a trooper’s chances for promotion or advancement. So it appears that DPS commanders are papering Billy’s file with counseling incidents because they can’t prove that he violated any law, order, or policy, and they know that he will beat them with the law and the facts if he is given an opportunity to appeal.

As noted in my letter to Director McCraw, even Billy’s immediate supervisors recognize the latest charge for what it is: retaliation. If you want to help Billy with his legal expenses, you can click on this link to Fundrazr.com or you can mail a check payable to Billy Spears at 252 CR 3870, Mineola, Texas 75773 (none of the money will go to me, but it will be used for depositions, etc. and to pay other attorneys). If you are an attorney and you are interested in getting involved, leave me a voicemail (979-985-5289) or send me an email (tyclevenger at yahoo dot com). And if Sgt. Stokke, Captain Pena, or any of the DPS commanders want to write a rebuttal, I’ll publish it on this blog verbatim and unedited. Billy has nothing to hide. What about the rest of you?

You may be wondering, as I did, how DPS learned about the photo of Billy and Snoop Dogg. Billy was informed by his sergeant that DPS monitors social media for photographs of DPS personnel. The photo contains no reference to Billy or DPS, and even Billy did not know that it had been posted to Instagram, so this begs the question of whether DPS is trolling social media with its facial recognition software.

In 2010 DPS began comparing drivers license photographs with sketches or photographs of criminal suspects as a means of capturing those suspects. Since then, a few civil libertarians have objected to DPS’s expanding collection of biometric data, but otherwise the subject has received little notice. The real question is whether DPS has expanded the use of facial recognition software beyond its search for criminal suspects, and beyond its own internal records of drivers licenses and suspects.

On Monday morning, I called the DPS media office to ask whether the software was being used to monitor employee activities on social media. I was advised to submit my request by email, so I did. I called back Monday afternoon and was told that they hoped to respond by Tuesday. It’s Wednesday, and I’m still waiting for an answer to my one-sentence, “Yes” or “ No” question. That’s why my letter to Director McCraw includes nine public information requests, most of them pertaining to facial recognition software. One way or another, I’ll get my answer.

Another tidbit about DPS is insightful. When they report for border duty, troopers are advised that all of their text messages – even on their private phones – are monitored while they are staying in the barracks. Before his rotation, Billy had to advise an FBI agent against sending any text messages while he was on border duty (Billy had met with the agent about the Stokke incident).

I understand the rationale for using facial recognition software to find criminals or even missing children, but trolling Instagram or Facebook for pictures of employees is a bit much. For that matter, I must wonder whether the searches are even limited to DPS employees. Are there any safeguards that would prevent a DPS technician from monitoring photographs of an ex-wife or ex-girlfriend? And does DPS share its drivers license photos with the FBI for purposes of social media searches? What about the NSA? I’ll post more when I get a response from DPS.

* Last week, a federal prosecutor told me that he was referring my post about Texas Attorney General Ken Paxton and Collin County District Attorney Greg Willis to the FBI, then the Houston Chronicle picked up the trail on Monday. Last week, I asked Collin County’s district judges to take matters into their own hands. Stay tuned.

* In January, I filed a judicial misconduct complaint outlining evidence of criminal misconduct by Judge Ellen Huvelle of the U.S. District Court in Washington, D.C. (see also DirtyRottenJudges.com). I provided a copy to Senator John Cornyn, and two weeks ago his staff informed me that the matter had been referred to the Senate Judiciary Committee. I’ll write more when I know more.

* Speaking of dirty rotten judges, my sexual misconduct complaint against U.S. District Judge Walter S. Smith, Jr. may lead to an interesting report to the special investigative committee of the Fifth Circuit Court of Appeals. I gave investigators leads for other alleged victims, and last week I was told that Judge Smith had sex toys shipped to the federal courthouse. Classy. The committee is also investigating whether Senior Judge Harry Lee Hudspeth, former chief judge of the Western District of Texas, covered up the sexual misconduct. Judge Edith Jones, the former chief judge of the Fifth Circuit, confronted Judge Smith in 2006 about being drunk on the bench, and I am trying to determine whether she knew about the sexual misconduct and remained silent. After all, Smith’s sexual misconduct was the worst kept secret in the Waco federal courthouse. If you know something, send me a tip.

* My old nemesis Shanetta Cutlar is back on the loose, wreaking havoc on the little people at the Department of Justice. My sources tell me that she is throwing things and terrorizing employees again, and that she is the source of much of the turmoil in the Office of Juvenile Justice and Delinquency Prevention. Always an opportunist, Shanetta convinced the Bush Administration that she was a loyal proponent of the Republican agenda, and now she has convinced the Obama Administration that she is a loyal proponent of the Democratic agenda. I hear rumors that she was may be named acting administrator of OJJDP if current administrator Robert Listenbee is forced out. OJJDP is the subject of an ongoing Senate Judiciary Committee investigation, and Shanetta could only make things worse. More to come.

* For nearly three years, on this blog and BoogerCountyMafia.com, I’ve written about how former Robertson County District Attorney John Paschall looted the estate of Marium Oscar. He was finally indicted for the theft in January, and he faces a disbarment trial in June. In coming weeks, I’ll explore the curious connections between Mr. Paschall, the Marium Oscar estate, and the recently (conveniently?) murdered Holton Ingram, who was Mr. Paschall’s longtime financial benefactor. Hint: According to my sources, Ingram’s wife was spotted having drinks at a local bar with Mr. Paschall shortly before she allegedly killed her husband with a shotgun.

10 thoughts on “Texas Trooper disciplined for photo with Snoop Dogg”