Some time this afternoon, grand jurors in Grimes County should receive copies of a letter requesting an investigation of District Attorney Tuck McLain. Since September, I’ve blogged about how the Montgomery County Auto Theft Task Force botched a raid on an auto auction last summer and how Mr. McLain and MCATTF cops have since tried to cover it up.

After we filed a civil rights lawsuit in federal court, Mr. McLain and the MCATTF cops retaliated, hence my request for a criminal investigation:

Ladies and Gentlemen of the Grand Jury:

In recent years, the Houston Chronicle and other media organizations have published stories about prosecutors who abuse their authority and railroad innocent defendants. Charles Sebesta, the former DA in Brenham and Caldwell, was disbarred last year on the grounds that he withheld exculpatory evidence and used false testimony to secure the capital murder conviction of Anthony Graves. In 2013, former judge and prosecutor Ken Anderson was jailed for contempt of court because he withheld evidence that would have proved that Michael Morton was innocent of murdering his wife. Mr. Morton served 25 years in prison before DNA evidence conclusively proved his innocents (and led to the capture of the actual murderer).

I mention those cases because I am writing to request that you initiate a criminal investigation of Grimes County District Attorney Tuck McLain, as well as other officials in Grimes County and Montgomery County. I have enclosed a copy of a lawsuit (Exhibit 1) that I filed on behalf of Les Shipman against Mr. McLain and other officials in the U.S. District Court in Houston. I would direct your attention to paragraphs 18-27 and 30-33. … Read more

Back on May 5, 2012, I reported that Mr. Russ hid petition signatures in an effort to keep voters from forcing a forensic audit of Hearne’s municipal finances. There’s plenty of evidence of financial misconduct at city hall, and I that suspect Mr. Russ and the rest of the Booger County Mafia are up to their eyeballs in it. Regardless, it was a crime under state and federal law to intercept and hide the petition signatures.

I’ve repeatedly asked the Texas Rangers and District Attorney Coty Siegert to investigate Mr. Russ, but thus far no one has responded. That’s not really surprising, given Mr. Russ’s political connections, and that’s why I decided to bypass the ruling class and take the issue directly to the twelve citizens selected at random to serve on the grand jury.

As I reported back on February 11, 2016, the state bar has gone to some really perverse lengths to protect Mr. Russ, a former member of one of its grievance committees, so at this point I’m trying to publicly shame the bar into doing the right thing. Incidentally, if you want to share your own thoughts with Ms. Acevedo, send her an email at lacevedo at texasbar.com. … Read more

The Booger County Mafia just won’t give up. I learned this afternoon that the Hearne Police Department plans to file an “assault by contact” charge against my client, City Councilman Rodrick Jackson. That’s a Class C misdemeanor, i.e., the equivalent of a traffic ticket, and a far cry from the original Facebook smear that Mr. Jackson had engaged in sexual misconduct with a minor.

Even so, it’s a bogus charge, and it appears to be politically motivated. Below I’ve reprinted my letter to Interim City Manager John Naron and City Attorney George Hyde. If the Mafia boys want to play hardball, I’ll be glad to take them to school. They should know by now that I bring guns to knife fights, and I bring tanks to gun fights.

On that note, I’ll go ahead and mention that I’ve been investigating the 1997 death of David Alvarado. Councilman Emmett Aguirre, does that make you nervous? It should. There’s no limitations period for a murder charge, and I don’t think a case should be dismissed just because somebody hired Rusty Russ. … Read more

As I told the Waco Tribune-Herald on Friday, the Fifth Circuit judges couldn’t very well ignore the first incident, because I gave them a transcript of the victim’s testimony, but they sure ignored the other alleged incidents. Fortunately, the Committee on Judicial Conduct and Disability of the Judicial Conference of the United States (wow, that’s a mouthful) ordered the Fifth Circuit to conduct a more thorough investigation.  The committee also ordered the Fifth Circuit to elaborate on its finding that Judge Smith had been deceptive during the investigation. … Read more 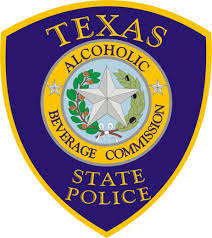 Shortly thereafter Steen saw to it that Sherry Cook was hired to fill a fairly high level position at TABC headquarters where, with Steen’s help she eventually got to the position she now occupies. TABC has always been something of a problem child state agency which is a shame because with good qualified leadership it had the potential to be a top tier premier state law enforcement agency. It never fulfilled its original mandate which was primarily to investigate and prevent organized crime in the alcoholic beverage industry. That covers pretty much all serious criminal activity having a nexus to locations or entities which are licensed by the state to sell alcoholic beverages. … Read more

Last week I wrote about evidence that Sherry Cook, executive director of the Texas Alcoholic Beverage Commission, received unearned training credit from a police academy run by her husband at Alvin Community College.  This afternoon I received an email from ACC President Christal Albrecht confirming that students were supposed to attend the class on campus and in person.

That looks like a problem for Cook, because TABC officials claim they have no records reflecting travel, food, lodging, etc. for the week-long class.  The Texas Commission on Law Enforcement opened an investigation of Cook and her husband Maurice following my post, and I’m told the investigation is sending shockwaves through the agency.

I hope so. If half of the tips that I have received from current and former agents are true, TABC needs to be overhauled from top to bottom. Consider the email below, which I received several days ago. Although I cannot personally vouch for any of its contents, I shared it with two retired TABC agents who told me that they could corroborate some of it and that they believed all of it: … Read more