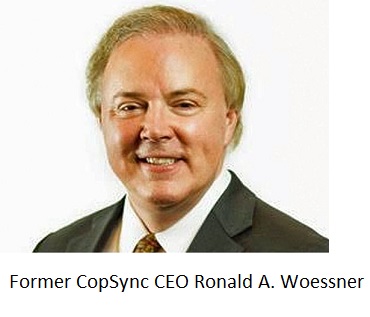 On January 30, 2017, I reported that CopSync’s outside directors hired a Florida law firm to investigate the allegations in my letter, and the following day I reported that my law enforcement source had been interviewed by the FBI. I’ve since asked CopSync officials for information about the internal investigation, but I never received a response. … Read more

This morning the Maryland Attorney Grievance Commission and the Office of Bar Counsel were served with copies of a lawsuit that could compel them to investigate three attorneys who represented Hillary Clinton during the investigation of her private email system.

In September, I filed grievances against attorneys David Kendall, Cheryl Mills, and Heather Samuelson (as well as Mrs. Clinton herself) based on public reports suggesting that they had destroyed evidence related to the email investigation.  Within six weeks (and as I predicted), the complaints were either being stonewalled or had already been dismissed.

The lawsuit served today asks the Anne Arundel County Circuit Court to order the commission and bar prosecutors to investigate Mr. Kendall, Ms. Mills, and Ms. Samuelson, and lawyers for the commission and prosecutors have 30 days to respond in writing.  I’m anxious to see how they will try to defend the indefensible. … Read more

Imagine you’re a contractor who shows up at a job site and on your first day of work you get arrested and charged with engaging in organized crime just because some dirty cops wanted to retaliate against the people who own the business. That’s pretty much what happened to Israel Curtis.

Since 2015, I’ve blogged about how officers of the Montgomery County Auto Theft Task Force botched a televised raid on an automobile auction in Anderson, Texas.  Mr. Curtis, a professional auctioneer, was hired to conduct the auction, and today he filed a federal lawsuit against Grimes County Sheriff Donald Sowell, Grimes County DA Tuck McLain, and former Montgomery County Sheriff Tommy Gage, among others.

As I reported back in October, all criminal charges were dismissed against Mr. Curtis. According to Mr. Curtis, Lt. Sclider admitted that Mr. Curtis got “caught up” in the arrests because they needed at least three people to bring organized crime charges against business partners Les Shipman and Jerry Williams, but even the felony charges against Mr. Shipman and Mr. Williams were reduced to a single Class C misdemeanor each, i.e., the equivalent of a traffic ticket.