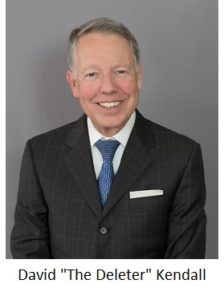 This seems to be a trend. Previously, the deputy director of the Arkansas Supreme Court’s Office of Professional Conduct, Michael Harmon, informed me that before deciding whether to file charges against Mrs. Clinton, he wanted to await the Justice Department’s decision on whether to prosecute her for lying to Congress. That’s just an excuse to delay action until after the Presidential election. As I told Mr. Harmon’s boss in a letter on Monday, “I think we both know that Mrs. Clinton has a better chance of being struck by lightning than prosecuted by the Obama Administration.”

More important, however, is the fact that Section 5(C)(3) of the Procedures of the Arkansas Supreme Court Regulating Professional Conduct of Attorneys at Law does not authorize Mr. Harmon to hold my complaint in limbo:

(emphasis added). Here’s another excerpt from my letter to Mr. Harmon’s boss:

Nothing in the rules permits the Office of Professional Conduct to sideline a complaint until another agency decides whether to criminally prosecute the respondent. And while I can see reasons for delaying a disciplinary trial until after the disposition of a criminal trial, the Justice Department has not even indicated whether it will investigate, much less prosecute, the Congressional referral.

There is no practical reason to postpone an investigation just because another entity might also investigate, and the rules do not grant such latitude to your office.

At this point, however, Mr. Harmon has probably succeeded in his mission, i.e., delaying a decision until after the election.

Like D.C., the Maryland Attorney Grievance Commission rejected the grievances against Mr. Kendall, Ms. Mills, and Ms. Henderson outright, even though state law obligated the commission to investigate.  Deputy Bar Counsel Raymond A. Hein wrote that he was dismissing my grievance because “you have no knowledge of the allegations presented in your correspondence, nor are you a personally aggrieved client or party possessing material information that would assist this office in reviewing such allegations.” The problem? None of those are lawful reasons for rejecting a complaint.

Maryland Rule 19-711(a) permits any person to file a bar grievance. According to that rule, “Bar Counsel shall make an appropriate investigation of every complaint that is not facially frivolous or unfounded.” Maryland Rule 19-711(b)(1)(emphasis added).

Maryland Rule 19-711(b)(2). As I wrote to Mr. Hein, nothing in the rule  permits him to dismiss my complaint for reasons unrelated to the merits.

In his letter, Mr. Hein hinted that his office might file a grievance against Mr. Kendall, et al. on its own initiative, in which case I would not be privy to the responses from Mrs. Clinton’s attorneys (if the commission opens a case based on my complaint, I’m entitled to see their responses, but not if the complaint is opened on the commission’s own initiative). Here’s an excerpt from my response to Mr. Hein:

[N]either I nor the public have any guarantee that your office is actually going to file the grievance. Even if it does, that special handling creates an appearance of impropriety. Namely, it appears that the commission is showing political favoritism toward the respondent attorneys because of their relationship to Presidential candidate Hillary Clinton, keeping the entire matter secret in order to save them and Mrs. Clinton from embarrassment.

Yeah, I know. Bill and Hillary Clinton corrupt almost everyone and everything around them, so I shouldn’t be surprised that bar prosecutors in Democratic strongholds like D.C. and Maryland would try to protect Mrs. Clinton’s cronies. But consider this: if Mr. Kendall, et al. had worked for George W. Bush, is there any doubt that D.C. and Maryland would have sought their disbarment? 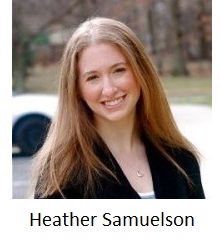 I’m debating whether to file petitions for mandamus in the top courts of Arkansas, D.C., and Maryland, asking those courts to order the bar prosecutors to follow the law, but I doubt that would make much difference. It’s no secret that most grievance committees and disciplinary authorities are heavily politicized (or downright corrupt).  As I told the Waco, Texas newspaper in September, “If you’re a lawyer in Texas with the right political connections, you can get away with almost anything.” And that problem is not limited to Texas.

Back in May, for example, I filed a grievance against Cydney Batchelor, a senior state bar prosecutor in California, after learning that she tried to hide exculpatory evidence in a case that she was prosecuting.  Even though I asked the state’s chief trial counsel to appoint a special counsel because his office had a serious conflict of interest, he allowed another one of his underlings to exonerate Ms. Batchelor without an investigation.  On September 14, 2016, the California Supreme Court dismissed my appeal without an explanation, which is standard practice when appellate courts want to do something dirty or otherwise indefensible. (Me? Cynical?).

Similarly (and in the spirit of bipartisanship), the Texas Office of Chief Disciplinary Counsel bent itself over backwards to dismiss my grievance against Texas Attorney General Ken Paxton, a Republican, even though a grand jury had indicted Mr. Paxton on three felony charges, including two counts of first-degree fraud.  The Texas Board of Disciplinary Appeals upheld the dismissal because ““the Board has determined that your appeal should not be granted as the conduct described therein does not allege a violation of the Texas Disciplinary Rules of Professional Conduct,” implicitly declaring that felony fraud is not a violation of the rules governing lawyers (or at least politically powerful lawyers). Meanwhile, the grievance committee for the U.S. District Court in D.C.,is still stonewalling my complaints against Mr. Kendall, et al. while trying to disbar me for something that, even if true, is far less serious than destroying evidence and obstructing justice.

The lone bright spot is New York.  Yesterday I received a phone call from Remi Shea, an attorney with New York’s departmental disciplinary committee in Manhattan, asking for additional information about my complaint against Mr. Kendall.  She informed me that she had been reading through all of the records cited in my complaint, and she said she expects to make a recommendation to the committee in the near future.

This morning I told her that D.C. had refused to investigate, but Ms. She told me that “their decision wouldn’t affect mine one way or another.” That’s no guarantee of an investigation, but it at least it sounds like she’s taking the matter seriously.

BAR COMPLAINTS AGAINST THE FBI DIRECTOR AND ATTORNEY GENERAL

On Monday I filed bar complaints against U.S. Attorney General Loretta Lynch and FBI Director James Comey on the grounds that they destroyed evidence being sought by Congress.  In a letter dated October 5, 2016 to General Lynch, four Congressional committee chairman cited evidence that Mr. Comey and General Lynch were involved in the destruction of laptops belonging to Clinton attorneys Cheryl Mills and Heather Samuelson. The letter is pretty damning, and I included a copy with my complaints.  This morning I updated the complaints (here and here) to note that the laptops were also relevant to several Freedom of Information Act requests and related litigation in D.C.

I also filed a grievance against Beth Wilkinson, the lawyer who represented Ms. Mills and Ms. Samuelson, who was responsible for drafting the agreement that led to the destruction of the laptops.  Ms. Wilkinson is the wife of NBC “News” newsreader and former Meet the Press host David Gregory, and by all accounts she is a very capable lawyer. Of course, she would have to be, as I suggested in my grievance against her:

I file this complaint with some reservation. On the one hand, I am impressed by the fact that Ms. Wilkinson could convince the FBI to do something that she knew she could not legally do on her own, i.e., destroy evidence for the benefit of her clients. On the other hand, the fact that she convinced the FBI director and the Attorney General to do her dirty work is not exactly something to be proud of. See Rule 8.4(a)(a lawyer shall not “[v]iolate or attempt to violate the Rules of Professional Conduct, knowingly assist or induce another to do so, or do so through the acts of another” (emphasis added)).

The FBI director and the Attorney General never had authority to destroy evidence that was independently being sought by separate and co-equal branches of government, and Ms. Wilkinson would have known that… The veneer of officiality – i.e., the fact that the FBI destroyed the evidence rather than Ms. Wilkinson or her clients – does not change the fact that evidence was destroyed illegally.

Unfortunately, that complaint was filed in D.C., which means it will be swept under the rug.  On the other hand, the complaints against the FBI director and AG were filed in New York, where they are both admitted to practice. If we’re lucky, maybe the New York bar will have the chutzpah to treat the gods like mortals.

IGNORE THAT MAN BEHIND THE CURTAIN

One of the more interesting responses thus far comes from the U.S. Court of Appeals for the Second Circuit, which dismissed my complaint against Mr. Kendall on October 3, 2016.  The following sentence appears in bold at the top of the order: “This order and all other documents filed under this docket number are confidential and may not be distributed to any unauthorized person, except as permitted by this Court.” The Arkansas committee has done something similar, warning that anyone who files a complaint can be charged with contempt of court if he or she reveals anything related to his or her own bar complaint (see the bold, capitalized paragraph at the top of the standard complaint form).

I reject the idea that either court can restrict my First Amendment right to petition for redress of grievances or speak on a matter of public concern, particularly since I’m neither a litigant nor a bar member in those courts. Nonetheless, it’s telling (if not surprising) that they would try to intimidate whistleblowers into silence. Since they have no jurisdiction over me, maybe they’ll ask somebody to shut off my Internet connection.

One thought on “State bar prosecutors are flouting the law, protecting Hillary Clinton and her lawyers”