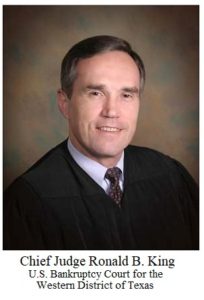 Notwithstanding the bizarre circumstances of her departure, she was allowed to return to work a few months later, he said, then she was suddenly promoted to department head over far more experienced candidates. When he shared his concerns with Mr. Prentice that “something unseemly” had happened, Mr. Prentice became irate. … Read more 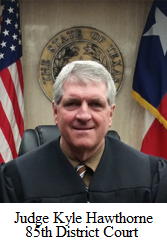 According to the motion, it appears that Mr. Goss, his firm and his clients have tried to defraud some of the rightful owners of approximately 100 acres south of College Station. According to the pleadings and evidence in Gregg Falcone v. The Known and Unknown Heirs of Joshua Washington, Sr., Cause No. 16-000649-CV-85, the firm prepared deeds that omit the names of many of the owners, yet those same deeds purport to transfer 100 percent interest in the property to the firm’s clients. … Read more

Buckle up, kids. It’s time to air some dirty laundry.

First, a little background: As a practicing lawyer, I’ve had to keep my mouth shut about a lot of things. Some of it is pretty straightforward, e.g., privileged communications from my client. Other things are much murkier, e.g., deciding when to speak up about the petty corruption and political favoritism that I routinely witness in the

If you follow this blog, you might assume that I automatically blow the whistle every time I see judicial chicanery, but I don’t. I learned years ago (and the hard way) that judges are often quick to retaliate. When I speak up, there is a strong chance that one of my clients will suffer for it. I once criticized U.S. District Judge Vanessa Gilmore in Houston for some grossly inappropriate comments that she made in the courtroom, and 361st District Judge Steve Smith decided to avenge her by retaliating against one of my clients in a totally unrelated case in Bryan. The judiciary is a fraternity, after all, and they protect their own.

On the other hand, there comes a point when playing nice is no longer good enough, because the frat boys just keep hurting your clients in order to help their friends. I reached my boiling point last week, so today I’m going to air some dirty laundry that I’ve been sitting on for years. … Read more