Several months ago, I told you about the story of Ricky Scaman, the Republican candidate for sheriff of Falls County, Texas. Ricky the Scandal-man is the one grinning like a possum in the picture to your left, and that picture probably led to his defeat by a mere 14-vote margin.

Earlier in the year, my clients made that picture famous at their own website, i.e., FallsCountySheriff.com. Falls County Republicans nonetheless chose Scandal-man in the primary, but apparently many of those Republicans were unwilling to vote for Scandal-man in November.

Sheriff Ben Kirk, a Democrat, held his job even though Mitt Romney won 62 percent of the vote in Falls County. Hopefully that brings some small comfort to Kirk, whose brother was murdered near Forth Worth on Monday.

CORRECTION (11/7/2012): I mistakenly wrote that my “clients” created FallsCountySheriff.com. Only one of my clients, i.e., Trent Pamplin, created the website.

Robertson County District Attorney John Paschall was defeated by a 52-48 margin, with 3,767 of 7,242 votes cast in favor of Republican challenger Coty Siegert. Siegert is one of the first Republicans elected to county-wide office in Robertson County since Reconstruction.

The Robertson County Democratic machine has to be worried, not just because a Republican won, but because Paschall will not be around to cover up for them. Congratulations to the decent people of Robertson County. All the criminals — including the ones who’ve been running the county — are going to have a hard road ahead of them.

District Judge Robert M. Stem, take a look at my last post. It’s time to announce that retirement, sooner rather than later. 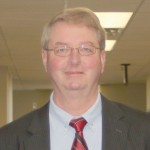 I had planned to write more about Robertson County DA John Paschall before today’s election, but a couple of my friends made a really good observation: if people still supported Paschall after what already had been revealed on this website and RedFacedDrunk.com, then nothing else could change their minds.

Most of the old Booger County Democratic political machine will remain in place, regardless of who becomes DA, although it will be weakened tremendously if Paschall is defeated. Without a compromised and incompetent alcoholic as DA, it will be a lot harder to cover up the crime and corruption in the courthouse.

Either way, District Judge Robert M. Stem will face an election in 2014 (unless he resigns or retires). Judge Stem has long been the string puppet for Palmos, Russ, McCullough, & Russ, PLLC, and for at least two generations, that law firm has been at the center of most of the dirty politics and corruption in Robertson County. [more…]

In 2009, I filed a motion outlining the improper relationship between Judge Stem and the law firm, as well as other evidence of Judge Stem’s misconduct, and you can read that by clicking here (As you can see in those documents, I also represented Judge Stem’s own mother against him). Thus far, the State Commission on Judicial Conduct has protected Judge Stem, as have his fellow judges. But they can’t protect him from the voters.

So, should I keep RedFacedDrunk.com running and use it for Judge Stem and the rest of the Booger County machine, or should I pick another website? Suggestions are welcome.