After I blogged about DPS’s retaliation against Billy on April 1, the Dallas Morning News picked up the story and it soon spread to publications as far away as Australia, India, and Africa. … Read more

Collin County District Attorney Greg Willis issued a press release this afternoon announcing that he was inviting the Texas Rangers to investigate securities law violations by Texas Attorney General Ken Paxton.  It’s too little, too late. Mr. Willis should have asked the Rangers to investigate in January, when the case was referred from Travis County, and then he should have recused himself because of his flagrant conflict of interest.

Meanwhile, I sent a letter to Mr. Willis and Mr. Paxton this afternoon following reports that their respective offices were looking for ways to keep me quiet. The letter speaks for itself: … Read more

A Collin County grand jury has asked the Travis County District Attorney’s Office to provide jurors with the results of its investigation into securities law violations by Texas Attorney General Ken Paxton, according to a letter that I received this afternoon.* If the grand jury has gone rogue, that cannot bode well for Mr. Paxton or Collin County DA Greg Willis, who appears to be stonewalling the case against Mr. Paxton.

Why would Mr. Drake and Mr. Russ do something so outrageous? Because they are members of the Booger County Mafia, and the Mafia is getting really desperate. When voters recalled Councilwoman Maxine Vaughn on March 3, 2015, the 3-3 deadlock on the council was broken, and the two remaining Mafia allies on the council (Mayor Ruben Gomez and Councilman Michael Werlinger) could no longer block the efforts of my clients, i.e., reformers Hazel Embra, Joyce Rattler, and Lashunda White. … Read more 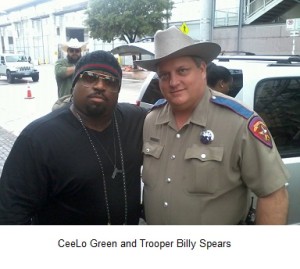 This afternoon the Texas Department of Public Safety released a snarky public statement in response to international news coverage of Snoop Dogg’s photograph with my client, Trooper Billy Spears. I like snark and, in fact, I consider

myself a connoisseur, so please allow me to serve some snark of my own.

Instead of admitting that the agency made a mistake, an unnamed DPS media hack returned fire as follows:

In an attempt to correct the misreporting and mischaracterization of events surrounding a photograph of a DPS trooper in uniform with Calvin Broadus, also known as “Snoop Dog” – a convicted drug offender – the department provides the following factual information..

In other words, DPS still thinks it did the right thing by punishing Billy in order to protect the agency’s image from a convicted drug offender [gasp!] like Snoop or Willie Nelson, or for that matter even a plain old felon like Martha Stewart. And DPS says we’re all making a mountain out of a molehill, because what happened to Billy is not really employee discipline. According to DPS, the “counseling record” does not even go into Billy’s permanent personnel file. So here is an excerpt of a response that I provided to the Dallas Morning News:

They’re digging in, which means they’re even dumber than I thought. So where exactly does the “counseling” form go? In his “temporary personnel file” instead of his “permanent personnel file”? I am confident of my sources within DPS, and they are telling me that the form does go into an employee’s file, and that it can hurt an employee’s career. The DPS command staff is obviously making up rules as it goes, e.g., it’s new (and unwritten) rule that troopers cannot be photographed with anyone who has a criminal record, so I am not surprised to learn that they redefining “discipline” on the fly. DPS can call that form “green eggs and ham” for all I care, but if it harms Billy’s career, it’s still employee discipline.

Meanwhile, an unusually reckless and ignorant TV reporter, Reagan Roy of KETK in Tyler, Texas, has seized upon the latest DPS press release as a chance to avenge herself. Yesterday I published an e-mail exchange that I had with Ms. Roy wherein she introduced herself with a series of false accusations and insults, then expected me to call her back for an interview. … Read more

Dear Yahoo, after several years of diligent effort, you have finally succeeded in driving me to Gmail. From now on, I’ll be tyclevenger at gmail dot com. It was a tough race between you and Microsoft for worst customer service, but then you completely eliminated your customer service for email, even though I was paying extra for improved services. Brilliant strategy. You have now beaten Microsoft hands down, and you are truly the worst. Congratulations.

Journalism tip of the day: If you want to interview someone (e.g., me), try not to begin with an insult. Below is an email exchange that I had with Regan Roy, the “news director” for KETK in Tyler, Texas. Forgive me if I’m even snarkier than usual (it’s been a busy 48 hours), but I hope my response will set the record straight. And no, that reporter will not be getting an interview.

Trooper Billy Spears released a public statement this afternoon in response to international interest in his photo with Snoop Dogg:

I have been overwhelmed by the kindness and the encouragement that I have received from so many people, most of them strangers. I am honored and grateful, and I hope that you will not interpret my silence as a lack of gratitude. I have not spoken publicly or given any interviews because I do not want to be accused of violating any DPS rules or policies. I hope you understand. Thank you again.

If you want to help financially, you can contribute via Fundrazr.com or mail a check payable to Billy Spears at 252 CR 3870, Mineola, Texas 75773 (none of the money will go to me, but it will be used for depositions, etc. and to pay other attorneys). I am having intermittent problems with text messages and phone calls, and Yahoo keeps telling me “suspicious activity has been detected in your account” (and my outgoing emails are blocked) . Go figure. If you have tried unsuccessfully to reach me, send an email to tyclevenger at gmail dot com.

If you want to express your support for Billy, fax a letter to Governor Greg Abbott at (512) 463-1849, send an email to [email protected], or send a message from the Governor’s webmail page. You can also send an email to Lt. Governor Dan Patrick at [email protected] If you are a Texas resident, you can contact your local state senator and state representative via the Texas Legislature’s search page.

By the way, I am no longer a reserve deputy with the Camp County Sheriff’s Office. I resigned on Monday to avoid any friction between my department and the Texas Department of Public Safety. And I’m still waiting for DPS to respond to my question about whether it uses facial recognition software to monitor employees on social media. Various reporters have asked DPS the same question, and I suspect we’ll all get a press release after 5 p.m. on Friday.

In reality, Billy did not take the photo, but Snoop Dogg’s publicist took the photo at Snoop Dogg’s request and posted it to Instagram. As I explained in a letter to Col. Steven McCraw, the DPS director, Billy did not know about Snoop Dogg’s criminal history. Believe it or not, some folks don’t watch TMZ or read People Magazine. And of course DPS has no policy requiring a criminal background check on everyone who requests a picture with a uniformed trooper. In fact, DPS has no policy forbidding a photograph with someone who has a criminal conviction. … Read more