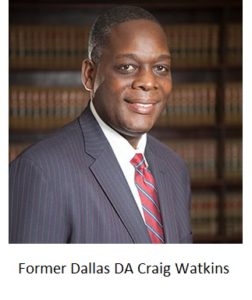 Now if that sounds like a tall tale, just consider the fact that the FBI caught Mr. Watkins’s chief investigator, Anthony L. Robinson, accepting a $200,000 bribe in an unrelated case, and Robinson pleaded guilty in June.  Robinson cooperated with the FBI, and my sources tell me that Robinson wore a wire and recorded Mr. Watkins discussing bribes. I do not yet know whether Robinson participated in the burglary of the Hill’s home, but I do know that four of the five alleged burglars worked for Robinson.

When Mr. Hill began asking his inconvenient questions, it wasn’t just members of the Hunt/Hill family who panicked. The family was attempting to sell Hunt Petroleum, and the company ultimately was sold to XTO Energy for $4.2 billion.  XTO Energy was sold shortly thereafter to ExxonMobil, and billions of dollars could be lost if the family never rightfully owned Hunt Petroleum in the first place.

So what exactly does the 1970 trust document say about ownership of Hunt Petroleum? Nothing directly, and that’s why it’s important to obtain additional documents that identify what was placed in the trust. When Mr. Hill’s parents divorced in 1979, the divorce file was sealed and locked away in the Dallas County Courthouse.  Mr. Hill believed (and still believes) the divorce file referenced the trust and perhaps included a copy of the trust document, so in 2010 his attorneys wanted to get a copy. That’s where things got really bizarre. 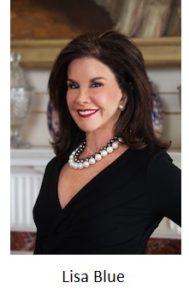 Before proceeding further, however, I should tell the name of one of those attorneys: Lisa Blue Baron, more commonly known as “Lisa Blue.” Morning News readers will recognize her as the person who tried hardest to get Mr. Hill indicted.  In 2013, when Mr. Hill’s criminal defense lawyers called her to the witness stand in to question her about evidence that she bribed Mr. Watkins to indict Mr. Hill, Ms. Blue invoked her Fifth Amendment rights against self-incrimination and refused to testify.

A few years earlier, however, she and her law partners represented Mr. Hill in his civil lawsuit about the family trusts. In fact, in 2010 she had lobbied Mr. Watkins against indicting Mr. Hill on the bogus mortgage-fraud charges, which were originally peddled by Junior’s lawyer, Mike Lynn (remember that name, too). So why did she switch sides?

One obvious answer has already been made public. Shortly after Ms. Blue settled the lawsuit on behalf of Mr. Hill, she became involved in a dispute with Mr. Hill over the amount of her attorney fees.  As outlined in the Texas Court of Criminal Appeals opinion, Mr. Hill produced evidence that Ms. Blue bribed Mr. Watkins to indict Mr. Hill in hopes of getting leverage in that attorney fee dispute.

Unfortunately, the dirty trick worked. As a result of the baseless indictments obtained by Mr. Watkins, Mr. Hill was advised by his criminal defense attorneys that he should not testify in the civil cases.  He took the advice, and he lost badly in the fee dispute. Ms. Blue and her law partners were awarded more than $21 million for only a few months of work, largely because the Hills could not testify in their own defense.

But the new lawsuit alleges another reason for Ms. Blue’s decision to switch sides. As explained above, Ms. Blue had been trying to obtain records about the 1970 trust, specifically the divorce records locked away in the Dallas County Courthouse.  Normally, an attorney would file a motion to unseal the divorce records, and the court would decide whether to release them.

Ms. Blue apparently had a different method. In a February 1, 2010 email to Mr. Hill, her law partners, and others, Ms. Blue wrote as follows under the subject heading “Pajama time”: “I have the divorce file. I’m taking to the house. It’s MINE hahahaha. No one else’s hahahahahah.” To this day, Mr. Hill has not seen the divorce file, and he does not know how Ms. Blue obtained it, nor has it been returned to the courthouse.  And if you’re wondering why Ms. Blue kept the file, consider this sentence from the lawsuit: “[Mr. Hill] expects to show that Defendant Blue was bribed by Junior and other family members to hide or destroy the records, because those records would show how badly [the 1970] trust was looted by his own family.”

A $21 million fee is a nice chunk of change, but it’s not worth nearly as much as multi-billion dollar trust.

FUN AND GAMES IN THE FEDERAL COURTHOUSE

Mr. Hill’s federal complaint includes previously undisclosed information about — how shall I say this? — strange politics inside the federal courthouse in Dallas.  For starters, one of the defendants in the case is Mike Lynn, the attorney whom I mentioned above.  Mr. Lynn is married to the chief federal judge in Dallas, Barbara Lynn.  Mr. Lynn represented Junior, and Junior is, sadly, his son’s most implacable enemy.  The lawsuit alleges that Mr. Lynn helped induce Mr. Watkins to file the bogus criminal charges against the Hills. 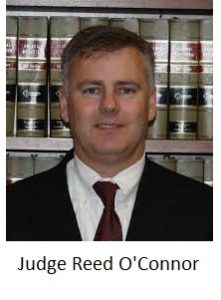 Interestingly, another Dallas-based federal judge, Reed O’Connor, issued a blistering rebuke of Mr. Lynn and Junior in February of 2010, finding that Junior had committed perjury and that Mr. Lynn had knowingly presented perjured testimony. A lesser attorney might have been referred to the state bar or criminal prosecutors for obstruction of justice, but then Mr. Lynn is married to the chief judge. Furthermore, Judge O’Connor had some undisclosed conflicts of interest in the case, namely a major stake in ExxonMobil.

As I noted above, ExxonMobil had a major interest in the legal battle between Mr. Hill and the other heirs, namely because one of Mr. Hill’s lawsuits had the potential to unravel the multi-billion dollar sale of Hunt Petroleum to XTO Energy, which was subsequently purchased by ExxonMobil.  I attached a copy of a previously-sealed 2013 court document to the new lawsuit, and that document points out that (1) Judge O’Connor and his wife owned between $1.2 million and $5.5 million worth of ExxonMobil stock, and (2) his wife worked as an attorney for ExxonMobil.

As explained in the sealed 2013 motion, Judge O’Connor never disclosed his conflicts of interest with ExxonMobil. Instead, he met with Mr. Hill and his wife ex parte in his chambers and pressured them to settle the litigation with the other Hunt heirs.  He later forced the Hills to release all claims against ExxonMobil, even though ExxonMobil was not a party to the lawsuit.

I publicized the 2013 motion with some reluctance, because I guarantee you that Judge O’Connor and his colleagues will not be happy about it. In fact, I’m sure that’s why my colleague filed it under seal in the first place, i.e., because the gods of the federal judiciary do not like to be questioned or criticized at all, much less in public. And it’s dangerous business for an attorney to get crossways with the gods of the federal judiciary (just read my blog post about “the dirtiest federal courthouse in America” or last week’s column by Dave Lieber in the Morning News about the “craziest but bravest Texas lawyer,” i.e., me).  Even so, I’ve learned from experience that the best way to fight corruption and dirty politics — even in the judiciary — is to expose it publicly.

Unfortunately, Judge O’Connor’s colleagues circled the wagons around him, and former Chief Judge Edith Jones of the U.S. Court of Appeals for the Fifth Circuit dismissed my client’s misconduct complaint against Judge O’Connor. The Fifth Circuit also denied Mr. Hill’s attempt to set aside the coerced settlement agreement, sweeping the whole incident under the rug in an unpublished opinion.  As disappointing and disgusting as that is, it is also unsurprising (just read DirtyRottenJudges.com and see what Judge Frank Montalvo and Judge Ellen S. Huvelle got away with).

Furthermore, a Section 1983 claim for malicious prosecution generally is not ripe until all criminal charges are finally dismissed. If the appellate courts uphold the dismissal of criminal charges as we expect, we will amend the complaint to add Section 1983 and common-law malicious prosecution claims.  Finally, we will probably amend the complaint to add more detail before we serve it. We were working against a limitations deadline.