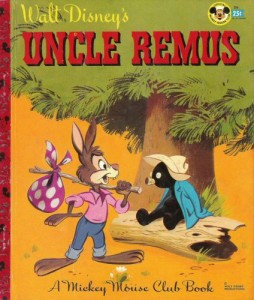 The Bryan-College Station Eagle reported today that I was fired by the Calvert Historical Foundation, and that I will no longer be representing the foundation (for free) against former Robertson County District Attorney John C. Paschall. It appears that Bryan F. “Rusty” Russ, Jr., the attorney representing Mr. Paschall, engineered a hostile takeover of the foundation.

Click here to see the letter to Judge H.D. Black, Jr. that is referenced in The Eagle. Rusty has tried every stunt imaginable over the last three years in order to force me off the case, and I’m sure Rusty thought he was sticking a knife in me. Instead, he has done me a big favor. As I explained in the letter, I am planning to move to New York, and I was worried about finding someone to take over the case. That is no longer my problem, and I feel like Br’er Rabbit getting thrown into the briar patch.

In any event, Rusty’s latest stunt is far too little, far too late. He can’t stop the disbarment proceedings against Paschall, nor can he stop the criminal case. And that’s what really has Rusty worried. Paschall was always the weak link in the Robertson County (a.k.a. “Booger County”) political machine, and the machine is afraid that Paschall will try to cut a plea deal after he gets indicted. Paschall is a coward, and he will squeal like a pig in order to reduce his sentence.

If you are part of the machine, like Rusty and his law partner, James McCullough, or District Judge Robert M. Stem, then you have to wonder whether Paschall will give you up in order to reduce his prison time (which is why Paschall probably ought to be in protective custody until after his criminal trial). Paschall knows where a lot of bodies are buried, so to speak. But then again, so do I.

Last week I bought two new domain names, DirtyRottenJudges.com and BoogerCountyMafia.com. Some time in late July or early August, I plan to upload to the Booger County Mafia site all kinds of evidence (deposition transcripts, letters, settlement agreements, etc.) of fraud, theft, and bribery, including evidence that Judge Stem accepted a bribe from Rusty Russ.

If the machine thinks it can silence me before that evidence gets posted, here are a few things to consider: State and federal law enforcement already have copies of everything, and I am hard to find but heavily armed. That and Leonard Millsap is dead, so you’ll have to find another thug.

The more you dig, the more things look suspicious. The new foundation president, Jennifer Caudle, told me that she filed a police report against former president Richard Johnson because he “sexually assaulted” her. Click here to see the letter that Mr. Johnson wrote to District Attorney Coty Siegert in response to her allegations. It sounds like Ms. Caudle tried to extort Mr. Johnson into resigning as president, then filed the police report when he refused to resign.

I do not know anything about the incident described in the letter, but I do know that Ms. Caudle has difficulty telling the truth. Ms. Caudle claims that Mr. Johnson never told the membership that the foundation was the plaintiff in the case against Mr. Paschall. However, the foundation’s meeting minutes tell a very different story. And, as explained in my letter to Judge Black, I personally briefed the entire membership on the status of the litigation at a February 1, 2014 public meeting. That same day, The Eagle ran a story identifying the foundation as the plaintiff against Paschall (as it had many times before, usually on the front page).

A lot of people in Booger County were deeply concerned about the lawsuit over Ms. Oscar’s estate, because a lot of people had their hands in the cookie jar. I am told that many of her heirlooms are now in the homes of prominent citizens of Calvert. Those items should have gone to the charitable trust that she created.

The community knew that Paschall was plundering Ms. Oscar before and after her death, but almost everyone sat on the sidelines with their mouths shut. Did they think it was OK to steal from her because she was eccentric? Or because she was the last Jew in town? God knows the answer, and he will repay everyone in due course. He doesn’t need my help.