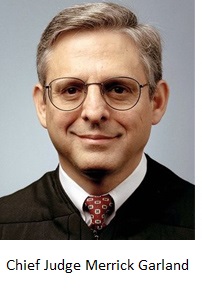 If you’re new to this blog, let me disclose my biases up front: I’m a gun-owning, pro-life, meat-eating Republican. I don’t want any more leftists on the Supreme Court, and Merrick Garland is a leftist. On the other hand, I’m an equal opportunity muckraker, and lately I’ve burned more Republicans than Democrats. Just ask U.S. District Judge Walter S. Smith, Jr., U.S. District Judge Frank Montalvo, or Texas Attorney General Ken Paxton, all of whom are Republicans.

Even though I oppose Judge Garland, I want the Senate Judiciary Committee to give him a confirmation hearing if for no other reason than this: it will be the perfect opportunity to expose a bipartisan culture of corruption that pervades much of the federal judiciary. When federal judges do something unethical, illegal, or even criminal, they can generally count on their colleagues to cover for them, and Judge Garland illustrates this phenomenon perfectly. Since 2010 I have presented unequivocal evidence that attorneys Michael Bramnick and Patrick Kearney forged a signature, tampered with evidence, filed false discovery responses, and/or lied to the court in order to obtain a $7 million judgment against my client. Judge Huvelle covered up those crimes time and again, and Judge Garland and his colleagues covered up for Judge Huvelle time and again.

After my client’s trials and appeals were over, I learned that Judge Huvelle had been secretly and illegally communicating with my opposing counsel around the same time that she was covering up their crimes. When I reported that to Judge Garland and his colleagues, they did what they had always done before, i.e., cover it up. I filed grievances against Mr. Bramnick, Mr. Kearney and several of their colleagues, but the district court has held those grievances in limbo for more than year, refusing even to investigate. Instead, the district court is trying to disbar the whistleblower who reported them, namely me.

A PROBLEM BIGGER THAN MERRICK GARLAND

Judicial misconduct is neither a new nor isolated problem. In 2009, the Houston Chronicle published an investigative series about the failed system of oversight for the federal judiciary, and nothing has changed since then. The Chronicle series was prompted in part by the case of 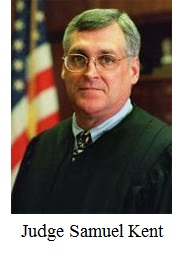 But for the dogged reporting of Chronicle reporter Lise Olsen, we might not have known that his “sexual harassment” included a full-blown sexual assault, e.g., tearing the clothes off of a female employee and putting his mouth on her breast. After Olsen exposed the magnitude of Kent’s crimes, the Fifth Circuit finally recommended impeachment, and Judge Kent later resigned after being convicted of a criminal charge and impeached by the House of Representatives.

The Kent case seems to fit a pattern: the judiciary ignores or downplays judicial misconduct until someone exposes the cover-up and the judiciary is shamed into doing the right thing. I suppose sociologists or anthropologists could explain the phenomenon in terms of class or tribal loyalty, but regardless of what you call it, too many judges are far too willing to cover up a crime in order to protect a colleague from embarrassment. In the Kent case, the cover-up happened on the watch of a female chief judge, i.e., Edith Jones of Houston.

If you’ve followed this blog, you know about my ongoing battle with U.S. District Judge Walter S. Smith, Jr., another alcoholic who grabbed and groped a female courthouse employee. Since I had already deposed the victim (and published the transcript on DirtyRottenJudges.com), Judge Smith’s colleagues could not easily ignore his misconduct, although they certainly tried to downplay it. As I reported on February 17, 2016, it appears that Judge Smith’s colleagues tried to contain the scope of the scandal by ignoring his other victims (yes, there are several more female victims).

Even though the Fifth Circuit implicitly found that Judge Smith committed a felony sex crime, it only gave him a reprimand, a temporary workload reduction, and sensitivity training. In October, I filed a new misconduct complaint after learning that Judge Smith failed to disclose his attorney-client relationship with Greg White, a local attorney with cases pending in front of Judge Smith. I later obtained evidence that Mr. White was representing Judge Smith for free, which means Judge Smith at least accepted an illegal gift, and at worst accepted a bribe. Unfortunately, Chief Judge Carl Stewart of the Fifth Circuit has held my latest complaint in limbo for almost six months, even though the Fifth Circuit has already acknowledged that the secret relationship between Judge Smith and Mr. White was inappropriate.

There have been other cover-ups, e.g., Chief Judge Stewart ignoring the flagrant misconduct of U.S. District Judge Frank Montalvo, but 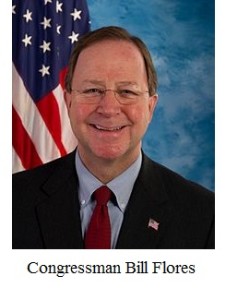 hopefully you understand the nature of the problem by now. Our life-tenured federal judges are the nearest thing that we have to the feudal lords of England, and they have become a law unto themselves. Many of them don’t think they should have to explain themselves to a bunch of commoners, and for the most part they don’t.

That needs to change. The FBI and Justice Department generally will not investigate a federal judge, and that’s understandable, because all of their cases go before federal judges. Given the way that Judge Huvelle’s colleagues have protected her, you can hardly blame an FBI agent or federal prosecutor for avoiding such a case.

On DirtyRottenJudges.com, I’ve argued that the House of Representatives should reclaim its constitutional role in overseeing the federal judiciary. Unfortunately, most members of Congress don’t think judicial misconduct is a sexy issue. Consider Congressman Bill Flores, who talked about impeaching Judge Smith before the primary election, then went AWOL after he won his primary. (Grow a spine, Congressman.)

Let’s hope Merrick Garland can be the game changer. Give him his confirmation hearing, or let Rep. Jason Chaffetz cross-examine him in the House, but make the judge explain himself. He’s only the tip of the iceberg, but we have to start somewhere.

One thought on “Give Merrick Garland his confirmation hearing, and let me testify against him”