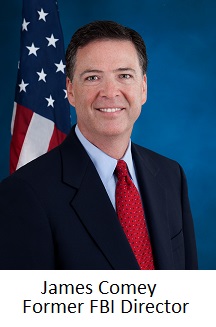 Let me translate that excerpt into plain English: Even though the FBI clearly had custody and control of the laptops, it would deny that it had custody and control whenever somebody (like me) submitted a FOIA request for the contents of those laptops. And I must rely on Ms. Wilkinson’s representation of the agreement because, even though I asked for copies of all agreements between Ms. Wilkinson and the FBI / DOJ more than ten months ago, the government still has not produced the actual agreements. 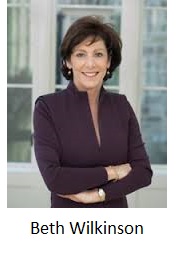 Regardless of how much you hate Donald Trump — and pay attention here, journalist friends — that agreement is a full frontal assault on government transparency and FOIA.  It is also reminiscent of the FBI’s perverse agreement with the Office of Special Counsel to withhold documents from Congress.  We’re in dangerous territory when the FBI can thumb its nose at Congress, openly flout the law, and deliberately lie about the records in its possession in order to dodge a FOIA request.

You may recall that Ms. Mills and Ms. Samuelson gave the FBI their laptops voluntarily, apparently in exchange for a promise that none of the evidence would be used against them.  As the estimable Andy McCarthy has explained over at National Review, the Justice Department gave away the store when it could have seized the computers with a grand jury subpoena. 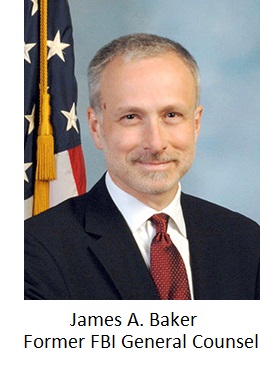 Not long after Ms. Wilkinson’s email was written, Congressional correspondence indicated that the FBI at some point agreed to destroy Ms. Mills’s and Ms. Sameulson’s laptops, even though the laptops were covered by subpoenas from Congress and private litigants.  (That illegal agreement to destroy evidence was the original basis for my original bar grievances against Mr. Comey, Ms. Wilkinson, and former U.S. Attorney General Loretta Lynch). Shortly thereafter, however, former U.S. Attorney Joe DiGenova said the laptops had not been destroyed.

Which is it? I filed a FOIA request on March 7, 2017 for “all documents and records indicating whether the laptops… are still in the possession of the FBI or whether they were destroyed,” and I also asked for “all data that was extracted from those laptops,” but the FBI still has not complied with the request.

Here are a few more observations and comments about the scant ten pages that the FBI produced:

* Ms. Wilkinson fought to prevent the FBI from publicly releasing its notes (known as “302 forms”) about its interviews with her clients, but here’s the real kicker: “Had my clients and I thought that the agents’ notes and impressions from those interviews — contained in the 302 forms — would later be released to the public, we would have asked for the interviews to be transcribed.”  They should have been transcribed as well as videotaped, just like any state or local law enforcement agency would do. True enough, the FBI usually does not transcribe or videotape, but it’s high time the feds caught up to the 21st century.

* The FBI not only redacted email addresses and phone numbers, as I would expect, but several names of Justice Department officials from the email headers. Why? According to the FBI’s cover letter, the information was withheld because it would “constitute an unwarranted invasion of personal privacy.” So government employees are conducting government business using government email accounts, but releasing their names would invade their personal privacy. What a joke.

* In the September 1, 2016 letter from Ms. Wilkinson to Mr. Baker, the name of one of her four clients is redacted. According to Politico, the fourth client was Phillipe Reines. Regardless of who it is, why is the FBI still trying to protect his or her identity versus the other three?

* In an April 13, 2016 email string, Mr. Baker suggests that Ms. Wilkinson talk with one of two other DOJ employees. Her response is intriguing: “Understood. But there is one conversation I need to have only with you. Please give me a call at your convenience.” You may recall that Mr. Baker was reassigned last month after reports suggested he may have leaked “Trump dossier” information to a reporter during the 2016 Presidential campaign. If Ms. Wilkinson considered him a trustworthy political ally, she probably had good reason.

When I was a journalist in the 90s, I think most of my colleagues would have cared about whether the FBI was deliberately violating the Freedom of Information Act.  Now, in an era of hyper-partisanship and anti-Trump fervor, I’m not so sure.

Until now, I’ve funded my various anti-corruption ventures (a.k.a., my “windmill tilting”) mostly on my own. Last month, a professor at a Texas law school contacted me about working with some of his students on a project related to judicial corruption, and we quickly found several areas of mutual interest. I am planning to form a non-profit to pursue judicial corruption, attorney misconduct (particularly misconduct by powerful attorneys who seem to be above the law), and government corruption in general. As you can see from reading this blog, I swipe Republicans and Democrats alike, and I expect that to continue. (BTW, I plan to say more about Texas Attorney General Ken Paxton in the near future).

Under the heading of government corruption, I am particularly interested in government transparency. More than ten years ago, I wrote a column for the Society of Professional Journalists about how the federal government thumbs its nose at the Freedom of Information Act.  Nothing has changed since then, and I hope to organize and prosecute the class-action lawsuit that I proposed in that column.

I’ve set up a GoFundMe account (just click here), and I am hoping to raise $5,000 to organize the non-profit and to initiate some new FOIA cases and continue prosecuting some of my current ones. For example, the Maryland Office of Bar Counsel has asked the state’s highest court to reverse a lower court order requiring bar counsel to investigate the attorneys who destroyed Hillary Clinton’s emails, namely Ms. Mills, Ms. Samuelson, and David Kendall, and I have been paying for that case out of pocket.

Next month, I plan to file a FOIA suit to force the FBI to release records related to the murder of Seth Rich.  The Justice Department ordered prosecutors to release the records in their possession, but thus far they have not complied. The FBI, meanwhile, refuses to even search its Washington Field Office (which, I happen to know, is where the records are kept). If you’d like to keep up with these cases or the new non-profit, just subscribe in the box on the right side of the screen.