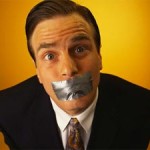 You may recall that Paschall is fighting tooth and nail to keep anyone from learning what he did with the estate of Marium Oscar, the last survivor of Calvert’s Jewish community. If you haven’t watched this news story from KAGS in Bryan about the lawsuit, take a look and you’ll see Paschall acting like… Paschall. [more…]

Judge Black explained some basic First Amendment principles this morning to Paschall and his attorney, Bryan F. “Rusty” Russ, Jr., which they apparently failed to comprehend.  Rusty got really combative with the judge, and at one point threatened to start a website about me and “the court” (i.e., the judge) if the judge did not restrain me from talking about Gilbert v. Paschall.

I had a three-word response to that threat, which I’ll share with you here: bring it on. Here is what I wrote back on October 7:

Rusty repeatedly called me a “liar” in court today, so I’ll repeat the challenge that I made this morning: tell me exactly what I am lying about. Rusty won’t have to start his own website, because I’ll post it right here. Here’s something else I wrote back on October 7:

None of [Paschall’s cronies] — not one — has denied that he refers to black people as “niggers” (and they can’t, because too many witnesses have already testified in Regina Kelly, et al. v. John Paschall, et al. about his use of that word).

Here are a few more odds and ends:

* Paschall’s face was unusually red this morning, which leads me to the naming of RedFacedDrunk.com. Aside from the 2005 arrest for public intoxication, there’s plenty more evidence that Paschall has a severe alcohol problem.  In my observation, Paschall usually arrives at the courthouse in middle to late morning, and his face is usually red and his eyes are usually bloodshot. His ex-wife told me he used to drink a 12-pack every evening, and that would have been back in the 90s. About a month ago, one of my clients observed him sitting in a local drinking establishment with one of the constables.  (They were strategizing about how to round up votes in the Hispanic community).  My client walked in after Paschall and reported that Paschall drank at least seven beers before getting in his truck and driving home. (Incidentally, the constable had at least two beers before leaving in his patrol car, according to my source.)  That sort of stuff may shock some of you on the outside, but it’s common knowledge in Booger County.

* I’ve heard indirectly from some generally law-abiding people in Robertson County (including some Republicans) who plan to vote for Paschall because they know they can easily get out of DWIs and misdemeanor marijuana charges by directing cash to the right places.  So never mind all the murders, rapes, drug dealing, child molesting, etc. And you wonder why so much of your county is an arm pit?

* Judge Robert M. Stem of the 82nd District Court has to be wondering whether he will get a website before the 2014 elections. He may not have to wait that long. I’m planning to write about the key players in the Booger County Democrat Machine who need a “useful idiot” (i.e., Paschall) in the DA’s office, and why they need him.