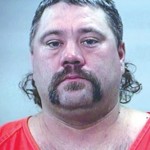 Robertson County DA John Paschall apparently lied earlier this month when he claimed that the alleged victims of accused child molester Walter David Sanders had refused to testify against him.

This morning I spoke with one of the alleged victims (whom I’ll call “Jane Doe”), as well as her mother, and both told me that they were willing to testify against Sanders. According to them, neither Paschall nor his investigators ever contacted them about the case, and they were not aware of the plea deal until after the fact.

The 2011 indictment of Sanders accused him of penetrating the “sexual organs” of his victims.  According to Jane Doe, the abuse began when she was nine years old and continued for approximately six years.  Jane Doe will be 17 years old later this month.

You may recall that Paschall and his minions got all bent out of shape last month when the Robertson County News reported that Sanders got an easy plea deal from Paschall.  Under the terms of the plea deal, Sanders plead guilty to a reduced charge of “Enticing a Child,” a misdemeanor offense that typically is used to prosecute non-custodial parents who convince their child to flee from the custodial parent.

That charge did not require Sanders to register as a sex offender.  He served no jail time and was granted deferred adjudication, which meant that the charge would disappear completely if he successfully completed probation. The following week, Paschall told the Robertson County News that the plea deal was the best he could get, because the victims had recanted.

But now we know that wasn’t true.

Doe’s mother said she first learned about the alleged abuse in March 2011, when her sister, who is married to Sanders, mentioned in passing that Sanders had admitted that he sexually abused Jane Doe.  At that time, Sanders already was under investigation for sexually abusing his step daughter, who is Jane Doe’s cousin.

Jane Doe’s mother took her to Scotty’s House, a child abuse advocacy center in Bryan, where Jane Doe provided a videotaped statement regarding the sexual abuse.  The case was investigated by the Franklin Police Department, and Sanders was indicted by the Robertson County Grand Jury in July of 2011.

According to Jane Doe, her cousin was Sanders’s other victim, and the cousin indeed recanted the allegations.  The cousin apparently recanted after her mother reunited with Sanders. A mere coincidence, I’m sure.

Notwithstanding the dereliction and incompetence of John Paschall, Sanders may yet answer for his crimes.  Jane Doe reported that Sanders also molested her in Brazoria County, where Sanders now resides.  Earlier today, I spoke with an investigator for the Brazoria County Sheriff’s Office, and he confirmed that Jane Doe’s case will be presented to the Brazoria County Grand Jury at its next meeting.

I hear that Brazoria County’s DA, unlike Paschall, is both sober and competent. That does not bode well for Sanders.

THE WORST DA IN TEXAS?

Back on October 7, I posted the following:

According to the Robertson County District Clerk’s Office, District Attorney John C. Paschall and his staff have tried only one felony case out of 769 that were filed between October 4, 2009 and October 4, 2012. That lone case was tried in January of 2010, which means the DA’s office has not tried a felony case in 21 months.

Paschall has two full-time assistant DAs, plus two secretaries and several investigators. I am awaiting information from the county clerk’s office, but my courthouse sources say Paschall’s office tries perhaps 2 or 3 misdemeanor cases per year.

Is Paschall really that incapacitated by his alcohol problems? Or is he just lazy? And what are he and his assistant DAs doing all day?

Earlier this week, I received a response from the county clerk’s office, which you can read by clicking here. In the three years from January 1, 2009 until December 31, 2011, a total of 2,226 misdemeanor cases were filed in Robertson County.  Paschall and his assistants took only three of those cases to a jury.

Obviously, Paschall bears primary responsibility for such dereliction, but others are responsible as well.  County Judge Jan Roe and the commissioner’s court control the purse strings for Paschall’s office, which gives them enormous leverage over him.  They could have and should have told Paschall that they would eliminate funding for all his investigators, secretaries, and assistant DAs unless and until he started doing his job.

And now the voters of Robertson County are responsible.  At long last, Paschall has a challenger, and a well qualified challenger at that. So the voters of Robertson County need to ask themselves some questions. Do they want “Booger County” to continue to be the laughingstock of Central Texas?  Do they want child molesters, murderers, and drug dealers to walk free because the DA is too lazy, drunk, and compromised to do his job? Or is it more important to know that you can buy your way out of the occasional traffic ticket, DWI, or misdemeanor drug charge?

2 thoughts on “Was the DA too lazy or too drunk to prosecute a child molester?”