One more bullet point: on Monday I was retained by Hearne City Council members Joyce Rattler, Hazel Embra, and Lashunda White to force the city council to hold a recall election for Councilwoman Maxine Vaughn. You can read my letter to Hearne City Attorney Rusty Russ by clicking here, and I’ll have more to say about it below. Now, back to my original story…

ARE BLACK VOTERS TURNING AGAINST THE MACHINE?

William Foster, a black activist in Hearne, is actively encouraging residents to vote against Judge Roe, and I’m told that this is making Roe very nervous. It should. Hopefully, black voters in Robertson County will start asking local Democrats the Janet Jackson question: What have you done for me lately?

Let’s look at the numbers: Twenty-one percent of Robertson County residents are black, but none of the county commissioners or county-wide officials are black, even though black candidates have run in Democratic primaries. The Democrats controlled every county-wide office in Robertson County from the late 1800s to 2012, when Republicans were elected as sheriff and district attorney. Yet the county currently has only one black Democrat (a constable) serving in an elected county office. In years past, a black Democrat served as a justice of the peace. There may be others, but so far those are the only two black county elected officials I have found.

The real problem, however, is more than one of benign neglect. For nearly 30 years, the local Democrats nominated the notoriously racist John Paschall as district attorney. Meanwhile, Rusty Russ and Jimmie McCullough – two of Judge Roe’s key political supporters and allies – were adding to their fortunes by defrauding local African-American families of their real estate interests (aided and abetted by Judge Stem). And this is the same Democratic Party that was lynching black folks in Robertson County not so long ago.

I understand why people stick with their party at the state and national level, and I understand the affiliation between black voters and the state and national Democratic Party. But party loyalty has never made much sense to me at the local level. What is the Democrat way versus the Republican way of being a district clerk or county clerk? Or what does gay marriage or abortion have to do with being a tax assessor or a sheriff?

In neighboring Brazos County, the first black candidate elected to county-wide office was Jarvis Parsons, the district attorney. Jarvis won a contested Republican primary in 2012, even after admitting that he voted for Barack Obama in 2008. As long as he keeps prosecuting the criminals, I doubt anyone will care how he votes in a Presidential election, and I suspect the same would be true in Robertson County.

The rift between Robertson County Democrats and black voters is being fueled in part by a battle for control over the Hearne City Council. As I mentioned above, I have been retained by Councilwomen Rattler, Embra, and White in order to force a recall election in Hearne.  On May 10, 2014, these three ladies, all African-American, defeated the incumbents on the five-member Hearne City Council. Under normal circumstances, that would give them a working majority.

However, Mayor Ruben Gomez, who previously voted only to break a tie, started voting with the remaining two council members in order to block the new members with 3-3 votes. Gomez was advised to do this by none other than Rusty Russ, who also happens to serve as the city attorney for Hearne. You may recall that Mayor Gomez’s son, Matt, was one of the three defeated council members, and that Matt had gained national notoriety after posting an amateur rap video of himself using racial slurs about black people. (Really, you can’t make this stuff up).

In 2007, Rusty played an active role in forcing Cassandra Butler, an African-American woman, off of the Hearne City Council after she questioned why the city gave $150,000 to a company owned by Rusty and $75,000 to a business owned by Mayor Gomez’s sister. Rusty was also a staunch opponent of Milton Johnson, the African-American mayor who served one term after defeating Gomez (only to be defeated by Gomez in the next election).

Rusty is paid roughly $4,700 per month as city attorney, and it’s easy money for minimal work (Rusty doesn’t even prosecute traffic court cases), but the new African-American majority has made it clear that they want to fire him. After Rusty advised Gomez to start casting votes to block the new majority, residents organized a petition to recall Councilwoman Maxine Vaughn, an ally of Rusty and Gomez. The petitioners gathered sufficient signatures to force the recall vote, but whenever the matter was put on the council agenda, Gomez, Vaughn and Councilman Michael Werlinger voted to block the recall election (yes, Vaughn is voting to block her own recall). Is it any wonder, then, that there is a rift between black voters and the Democratic political machine?

Rusty’s strategy will not succeed for long. As I explained in my letter to Rusty, Texas courts have long held that city councils have a ministerial duty to set recall elections whenever voters submit enough signatures. In other words, if the council refuses to set an election date, the court of appeals will bypass the city council and order the election date. So are Gomez and his allies going to do the right thing, or do I need to force it down their throats?

How nervous is the political machine? Two weeks ago, I had a chance encounter in the courthouse with Kathryn Brimhall, the county clerk, and she handed me one of her campaign cards. When I told her that I was not registered to vote in Robertson County, she smacked me on the back of the arm and said, “I know.” I understood her message perfectly: she didn’t like the fact that an outsider like me was participating in Robertson County politics via this blog and BoogerCountyMafia.com.

Oh, the irony. Kathryn is battling accusations that she lives in neighboring Leon County instead of Robertson County. According to Lexis / Nexis, she has an address at on Hilltop Drive in Hilltop Lakes, Texas. I also found addresses in Franklin, and I suspect she is renting or maintaining a second home so she can claim residency in Franklin. That is perfectly legal, but voters may not like it. 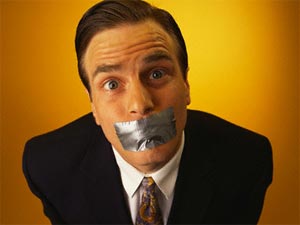 I like Kathryn, and I have never had a problem with her so far as I know. However, I have previously written about how her husband, local attorney T. Wayne Brimhall, was a drinking buddy of John Paschall who helped Paschall conceal the theft of hundreds of thousands of dollars from the estate of Marium Oscar. Mr. Brimhall was acting as Paschall’s attorney at the time, so I doubt that he could be accused of doing anything wrong (although I think some of his actions were borderline). I’m certainly not aware of any wrongdoing on the part of Kathryn, but she is a staunch ally of Paschall and the rest of the Booger County Mafia, and the voters may not like that, either.

In any event, the white ruling class clearly does not like outside interference. My encounter with Kathryn somewhat reminded me of Rusty Russ’s request for a gag order to keep me from blogging about Paschall during his 2012 campaign. Where else but Booger County would a lawyer ask a judge to suspend someone’s First Amendment rights during the middle of a political campaign?